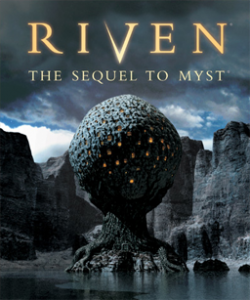 Heads up: an iPad-specific version of Riven is still on the way, and it’s going to include some key improvements over the original game, CEO of Cyan Worlds Rand Miller revealed in an awesome interview with Modojo.

A couple of “small new features" will be accompanied by a cleaner UI and cleaner images, animations, and video. From the interview:

“We have spent many months fine-tuning the Riven experience for the iPad, touching almost every aspect of the game. We have reduced the compression of the original images, we’ve improved the movies and animations, we’ve cleaned up the user interface, we’ve improved the sound and music presentation, and we’ve added a few small new features.

All in all we’ve worked really hard at making the best iPad version of Riven we could, and still squeeze it into the 2 gigabyte size limit."

Riven ($3.99) for iPhone appeared December 2010. It’s seen some updates since, including iPhone 5 compatibility. The iPad version of Riven will be playable on every iteration of iPad, and that includes first-generation devices. Miller says it should hit within the next few weeks.

Riven is the critically praised sequel to Myst. It’s probably safe to say that if you enjoyed Myst or realMyst, this’ll be right up your alley.