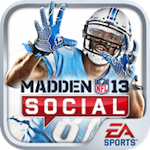 Madden NFL 13 Social (Free) sure felt like a big deal when it launched, but our community hasn’t been all that into it. On our message board, for instance, there’s no huge auction threads or strategy threads. No-one is really even talking about the game in the general discussion thread. It’s a flop so far with our guys, which is weird considering how big the NFL is and how responsive free-to-play gamers have been to EA of late.

There are two phases of play: trading card collecting and actual play. In the game, you can buy and collect NFL player cards with in-game currency. You earn this virtual dough by playing a watered down, asynchronous version of Madden against other people. In this actual play phase, you pick normal Madden offensive football plays and execute with the players on your team’s roster. If you turn the ball over or if you score, that’s the end of your turn. It’s just you and your opponent against AI, no defensive control whatsoever. 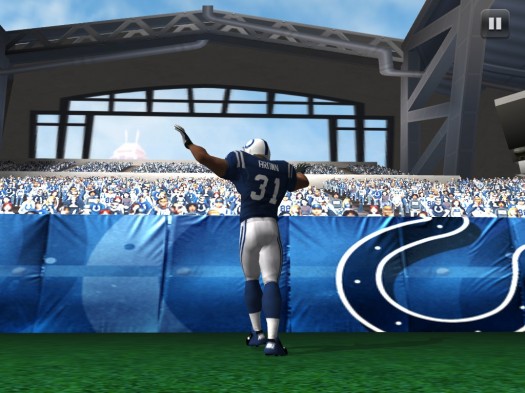 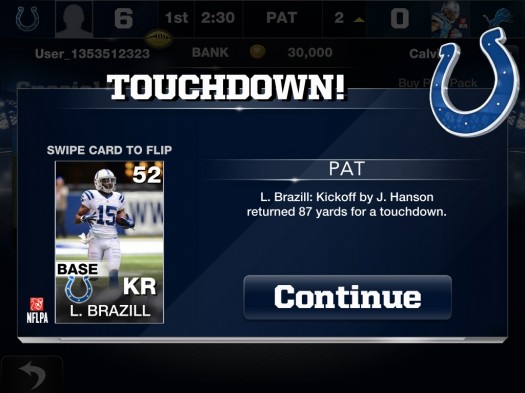 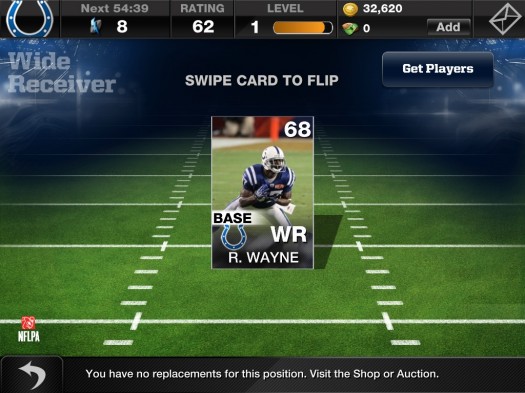 If you have good cards, you can replace bad players on your roster with them. The catch is that cards are sold in packs and you don’t get to see what’s in them until you buy. Some packs promise a random great player. The rest are grab bags.

We’re not too sure about Madden Social, either. Its mix of game modes seems good, but in the long run, we’re not sure just how competitive the experience will be. Soon, if not already, teams won’t have identities, they’ll just be full of great players that don’t belong on them. Also, the AI is bad. In our current match, the Colts’ Donald Brown is threatening the single-game rushing record.

Anyway, give it a try and see if you can dig it. It seems strange that it dropped off with our community so quickly after release. Maybe it was a busy week? Or maybe this just isn’t the free Madden game people wanted?