Let’s talk about Funky Smugglers for a few minutes. It’s the next game from 11 Bit, the studio behind Anomaly Warzone Earth. It’s a new casual IP that’s presumably targeted at the kind of folks who only download what’s top on the charts — basically anything with “Birds," “Rope," or “Where’s My" in the name of it. In the game, you play as a security dude at an airport tasked with removing quirky items from passengers as they pass through an x-ray device. The more objects you remove, the higher your score at the end of a round. Rounds pile up on top of each other, some adding modifiers to your score.

In practice, the removal of items requires a lot of swiping. When a passenger enters into the x-ray, a dangerous item, like say, a saw or a pair of scissors, is highlighted in orange. At this point, you’ll need to swipe to remove the item while avoiding green (safe) items. Making this more interesting is a combo mechanic — you can hold onto orange items while swiping new ones, building up a modifier. Hold on too long, though, and your pile of confiscated items will explode because, reasons. Take three bits of damage total and your game is over. 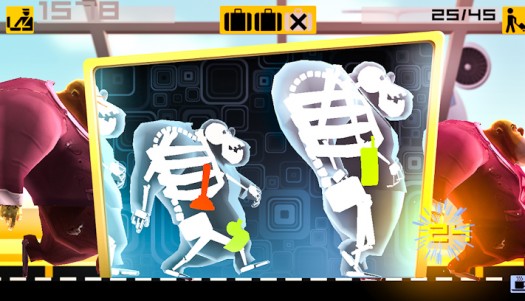 That’s the give and take. How long will you hold on to items? How far will you let a person walk through the scanner before you swipe his belongings? As the game ramps up these become crucial decisions. People will start walking through faster and faster and the planting gets cleverer. Also, as the game ramps up, characters will start throwing around their arms much more wildly and will occasionally clutch a green item in their palms. Deciding when to chuck your items and collect the points or when to keep grabbing gets frantic.

Layer on top of this is a cool power-up system, which really helps you rake in the points. Randomly, you’ll be able to pick up an item that essentially throws the game into bullet-time. And there’s also the classic magnet power-up and a health power-up, in case too many items explode in your bumbling hands.

We’re thinking the neatest design choice in Smugglers is the effort that went into the look and feel. It’s silly without being too cartoon-y. And its music is just funky, but not gratingly so. The character models in particular are great, as you can see by giving this article’s images a once-over.

Funky Smugglers isn’t the game we expected to see from 11 Bit next since, you know, this is the studio that turned tower defense on its head, but it’s a welcome game that has an enormous amount of character and neat premise. We’re looking forward to wasting a ton of time with Funky Smugglers when it hits “soon" across iPhone and iPad for the agreeable price of 99¢. 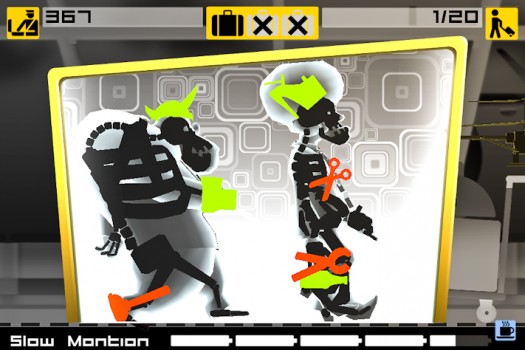 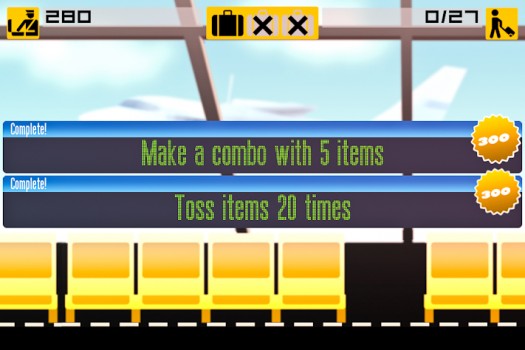 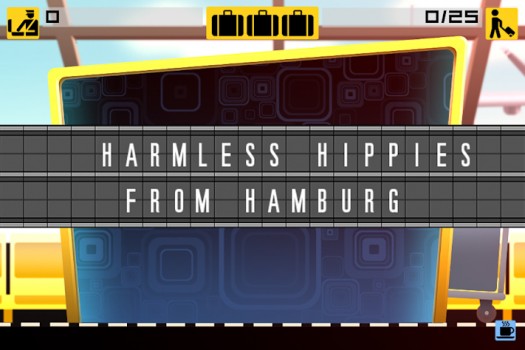