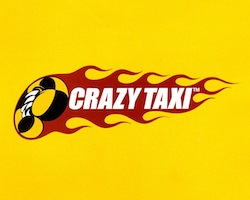 In a much-too breezy blog post this morning, Sega of America revealed that Crazy Taxi is hitting iPhone, iPad, and iPod touch at some point this month. It also dished out a neat teaser for this version of the game that features the original game’s Offspring track — a track that Crazy Taxi‘s other digital re-releases didn’t include for whatever reason. It remains to be seen if licensed locations are in or out, but our guess is the latter.

It’ll be interesting to see how Sega is going to tackle the controls for this version. Crazy Taxi is a game about driving and sliding wildly through a city while delivering people to a destination in increasingly short time frames. Precision seems like a must-have. Anyway, here’s that trailer:

We’ll get more on this as soon as we can, so stay tuned.