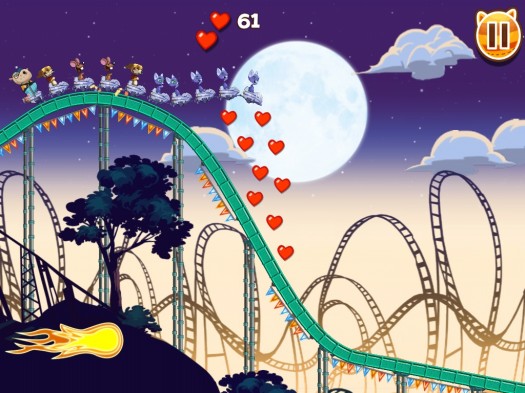 In it you’ll control a string of rollercoaster cars that have been commandeered by a ragtag group of stuffed animals. Apparently, during a carnival’s off hours, all the stuffed animal prizes from the different gaming booths come to life and cause mischief on the rollercoaster. Who knew?

Your job will be to control the speed and actions of the cars by using swipe gestures, and ensure it maintains the proper speeds and angles in order to jive with the layout of the track. So, you don’t want to go too fast over that hump in the track lest you go flying off, but it looks like you will have to partake in some off-the-track antics to collect all the hearts along the way. 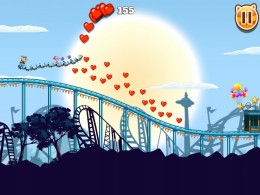 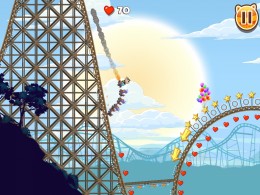 No release date or pricing have been announced for Nutty Fluffies, but it is expected sometime this year. Given RedLynx’s penchant for making awesome video games, I’m definitely going to keep my eye on this one.