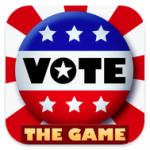 So, uh, yeah. Here I am assembling the traditional weekly “Coming Tonight" post when I see a game called VOTE!!! pop up on my radar. Stepping back a bit, iOS developers have a long history of doing whatever they can to cash in on current events. We saw this in a big way when the bailout drama was at the forefront of the news cycle a few years ago with terrible games like Bailout Bonanza (Free) Bailout Wars ($0.99). It’s not much of a surprise that developers would similarly try to capitalize on the upcoming presidential election in, well, whatever way they can.

What does come as a surprise is to see the developer of Infinity Blade ($5.99) and Infinity Blade II ($6.99) doing it. VOTE!!! [Free] allows you to play as President Obama or Mitt Romney in a “slapstick battle for the White House." Essentially, Infinity Blade with the two frontrunners of the upcoming election, and loads of IAP to go with it via a in-game coins system to unlock different weaponry and sunglasses. I wish I was joking. 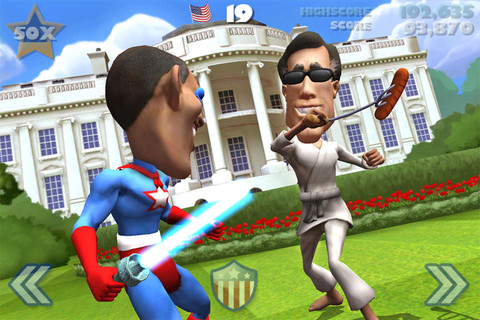 VOTE!!! should go live with the rest of the games in the US App Store at 11:00 PM Eastern time tonight, but in the meantime we’re grabbing it off an international store to shoot some video for a TA Plays. Stay tuned for that.