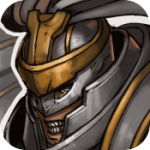 Recent updates to Ravenmark: Scourge of Estellion ($9.99) have brought some cool new features to this unique TBS, including a 2x Battle Speed option and Witching Hour Studios online accounts, but the star feature is the new Deepwood Dragoons Campaign.

Unlike the last Campaign expansion, Suneaters, Deepwood Dragoons is not free, but its a reasonable $1.99 for six missions that explore the mysteries of the Deepwood, including why the Lyri are so damn crazy, and just what’s up with Cloe. Witching Hour is promoting this campaign as more small-scale and tactical than the massive battles of Suneaters, a style that suits the feel of sniper Thaddeus L’Eclin and his rife-armed Greyjackets.

Another, somewhat confusing IAP option is 3x battle speed. That’s right, if you want to play the game at triple the normal speed, it will cost you 99c. Why? Well, it looks like Touch Arcade’s own forum deserves some of the credit. The devs created 3x speed for testing, but decided that it was too fast for regular play (breaking the game’s look and making it hard to follow what is happening). TA Forum members helped persuade them to put it in behind a paywall – for the impatient and the hardcore. That actually makes sense. 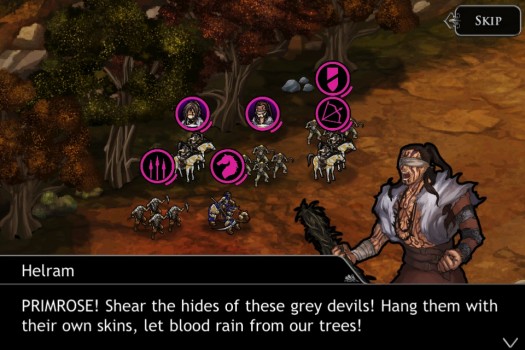 The addition of the online accounts teases players with the possibility that multiplayer is coming soon (multiplayer and skirmish play have been top requests by TA forum members since the game was released), and in the mean time, Witching Hour has added further to the highly-developed world of Estellion with a blog featuring the letters and sketches of Bard Makkre as he travels the land.