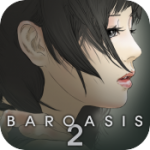 The sequel to everyone’s favorite narrative-driven, bartending simulation (Bar Oasis ($1.99) needs a genre of its own, darn it.) is back and I’m happy to inform you that no prior knowledge of the original is required to enjoy Bar Oasis 2 ($3.99). Once again, players will take on the role of a bartender by the name Vic. Fresh from an excursion to Shanghai, he comes back to find that the bar is now (wo)-manned by Carla, the protagonist from Bar Oasis 1.5 ($0.99).

What happens next? That’s up to you to find out.

Bar Oasis 2 falls squarely in the “you’ll either like it or you’ll hate it" category of things. If you find the idea of thumbing through endless lines of dialogue, with only the drinks pouring segments to break the tedium, repugnant, you’re better off with something else. If you crave more story with your iOS diversions, however, you’re in luck because the story forms the backbone of Bar Oasis 2. 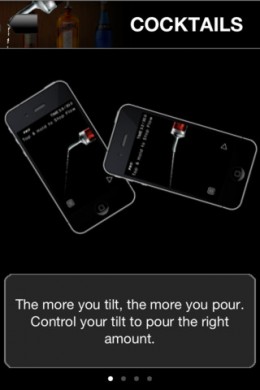 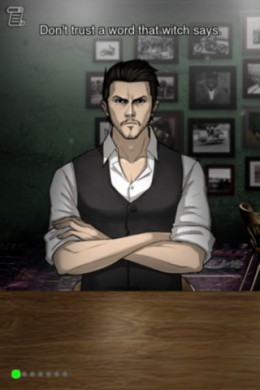 As I’ve mentioned earlier, Bar Oasis 2 is not one of those games that demand you complete its predecessors before it becomes fun to play but neither is it the sort that force feeds you an excess of data. Instead, it slowly eases you into things, teasing and hinting at what transpired before through a mixture of in-game interactions and the protagonist’s internal monologue.

Overall, Bar Oasis 2 is a deeply unhurried piece of work – it’s not shy about taking its time to linger on the small details. Casual conversations abound. Relationships blossom slowly instead of happening abruptly, an unusual feature given the aesthetic appeal of the cast. Less a modern-day tale of epic proportions and more a ‘slice-of-life’ vignette, Bar Oasis 2 is an intimate, almost voyeuristic experience. 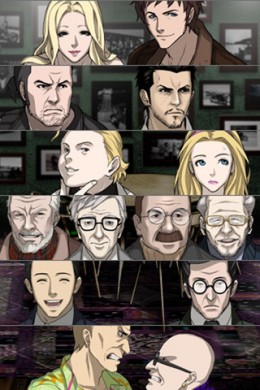 While the biggest appeal of the game lies in its plot, the whole bartending aspect isn’t too shabby either. The controls are pretty easy to master. To move across the bar, you simple need to swipe left or right. To access the liquor cabinet, you swipe down. To check below the bar, you swipe upwards. Much like in the previous installments of the franchise, you’ll have to monitor and manage the orders of your customer. When a customer arrives, you’re going to have to move over to them and slide a coaster in their direction, take their order before locating their drink on the menu. After that, you’ll get to make their poison.

(There’s a minor time management component to the game as well. If you fail to attend to your customers quickly enough, they will get mad and storm off. Thankfully, that part of Bar Oasis 2 is paused whenever you’re blending cocktails.)

It’s definitely a lot easier to mix a mojito in Bar Oasis 2 than it is to mix one in real life. To begin with, no one will be judging your performance. Depending on how skillful you are, you can either choose to reference the recipe list again or to pick out the ingredients on your own. Once you’ve picked up all the necessary bottles and equipment, you’ll then be allowed to actually pour the drinks. 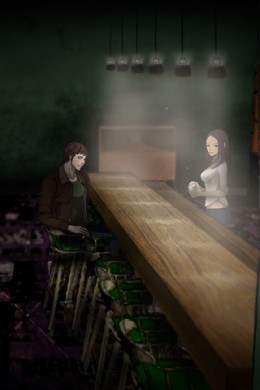 Remember how I said you can choose to consult the recipe list or not? If you opted to double check things, the game will have you listed as an ‘amateur’ and keep tabs on the exact amount you have to pour out. If you didn’t, you’ll have to rely on the time limit and your own ability at measuring virtual liquids. It’s also here that the iPhone’s tilt function is used. To pour a drink, you’ll literally have to tilt to your Phone (you can tap on the screen to cut off the flow, though). To stir, you’ll have to shake your phone. The list of moves goes on. Fair warning: playing Bar Oasis 2 in public can result in a few awkward looks.

Much like its predecessors, Bar Oasis 2 is an audiovisual feast. Resplendent with a bevy of highly attractive, well-drawn characters that would not look amiss in a relatively high-profile manga somewhere, Bar Oasis 2 also boasts of an absolutely delectable soundtrack. How good? Well, the first soundtrack for the first one was nominated as a candidate for the 2010 indie game OST of the year award. If that wasn’t convincing enough for you, there’s also the fact that it was made by Korean composer Nauts who is responsible for the music in TalesWeaver and Magna Carta.

Shining praise aside, Bar Oasis 2 does have one problem: mixology gets boring. There are only so many drinks you can concoct before everything begins feeling repetitive. Bar Oasis 2 could have probably benefited from a bit more variation in this department but, compared to the rest of the game, it’s still a relatively minor quibble. Either way, this lovely sequel is deserving of your time so come for the drinks and stay for the people.