While we’re on the subject of Dremcast classics, one of the ultimate cult-classics of the system is Jet Set Radio (or you might remember it as Jet Grind Radio in North America). Jet Set Radio was revolutionary at the time for ushering in the use of cel-shaded graphics, and it was one of the most unique and visually striking titles of the early 2000s. A long-awaited HD re-release of Jet Set Radio was announced for consoles earlier this year, and today Sega has announced that an iOS and Android version are coming as well. 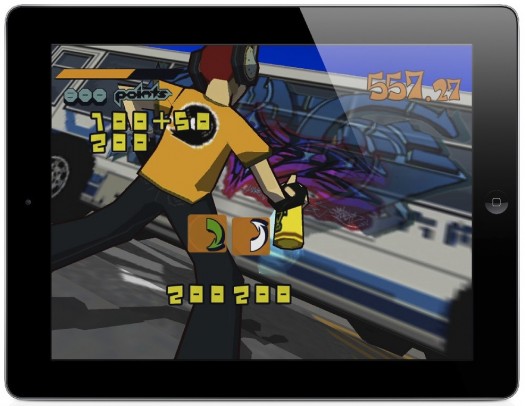 It looks like the iOS version of Jet Set Radio will be mostly the same as its console counterparts, meaning a fairly faithful translation of the original game. There are a couple of minor differences, though. The iOS game will have support for Retina Display graphics as well as OpenFeint integration (no Game Center??). Also, you’ll be able to use pictures taken with your device as graffiti in the game, which sounds pretty cool. Jet Set Radio is set for a summer release, and we’ll bring you any new details as we get them.