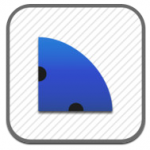 Most puzzle games would have you believe that fun only lies under a pile of rigid rules. That doesn’t seem quite right, when kids have the most fun playing without any rules at all. Whitaker Trebella’s Polymer ($2.99) isn’t child’s play, but it only demands one thing: a shape can’t have unfinished edges, or it’s not a shape. Everything else is fair game, and that sure feels freeing.

To create shapes in Polymer, you slide rows of pieces back and forth, columns up and down. When you’ve found a stopping point and slid your last piece into place, tapping the shape destroys it. With that, poof, your hard work is gone. In its place you’ll find a fresh canvas and a big pile of points to soothe you.

Polymer’s first mode serves as a good introduction. Called “Two Minutes," it gives you that much time to create anything you like. A hundred tiny shapes in a row, cascading into ever multiplying combos? Sure. A few carefully crafted behemoths? Go ahead. Quality generally scores over quantity, but your masterpiece won’t be worth much if you can’t finish it in time. 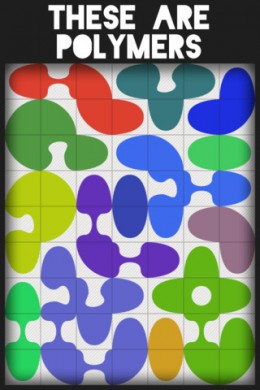 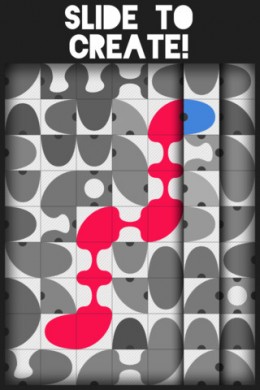 “One Polymer" mode does what you might expect: it gives you as long as you need to create the ultimate shape. Each piece that you manage to add to it rockets your final score to new heights, but there comes a moment when your shape is so large and complex that every move you make will damage the surrounding structure. The most important skill you can learn here is how best to delay that moment.

“Bombs," the third and final mode, adds, well, bombs to the mix. These are pieces with timers and four unfinished edges. Working them into a shape doubles its score, but the game ends if a single timer runs down to zero. More and more bombs are introduced as the game progresses. Here you need to know your limitations—how complex of a shape can you make within each time limit? 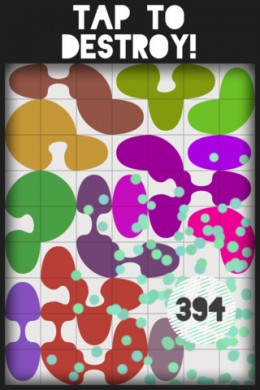 You’ll begin playing Polymer with only the first mode and two kinds of pieces, a rounded corner piece with two free edges and another that caps ends. Reaching a certain accumulated score unlocks the next piece, and then the next mode. It’s a good system, ensuring that you fully understand how to play with what you have before things get more complicated.

Unfortunately, this same system might prove frustrating for some players. Since the scoring scales on a steep curve, players who can’t pull off large shapes will find themselves pecking away at unlocks for much longer than necessary. There are two ways out of that hole: improve, or pay your way out. Each unlockable can be bought if you don’t have the patience to earn it. It’s a little too easy to see this as a push to make extra purchases.

Better to put your wallet away, though. The game is more fun when you have something to work toward aside from achievements and leaderboards, and playing without pushing yourself won’t get you far. Not only that: it’s entirely possible to get ridiculously high scores without the unlockable pieces. At the highest tier of play, you’re probably going to need them. Before then, though, they can actually get in the way, making the board too complicated for beginners. If you find yourself in over your head, you can toggle the more complex pieces off for as long as you need.

As mentioned in our preview, music plays a big part in the Polymer experience. The mood of each mode is enhanced by its soundtrack, cheery, studious and tense in turn. The tones created when you destroy a shape are equally fitting. This is one of those games you’ll want to play with the sound on.

The visuals are somewhat less appealing, at least at first. The look is clean and minimalistic, but when the pieces are all strung together they start to look a little sausage-like. It’s not the most pleasant association. I forgot all about that slight distaste after making a few complex shapes. I’ve saved pictures of a few of my successes for later, and been tempted to tweet more than one. If waiting to acclimate to the look doesn’t work for you, try one of the unlockable color schemes. Some are quite striking.

The thing that keeps me coming back isn’t color or music, though. It’s not even the selection of game modes. The game draws me in because it lets me be creative. It’s freeing to play a puzzle game that lets the player decide when a piece is finished. It’s great to have the choice to create something pretty, or huge, or sophisticated. Polymer cuts away all but the most necessary of rules, and the game is all the better for that. Take a look, and share your best creations in our forum thread.