Here’s a fun Friday story for you- Disc Drivin’ ($2.99), if you’ve never heard of it, is an a turn-based racing game that both Jared and Arnold can’t get enough of, still. The basic idea is if you took a game like Mario Kart, but gave it online turn-based multiplayer, and used a flick-based shuffleboard-like mechanic to race your discs around a track. We’ve got a pretty extensive review in the books, but since then, the game has been updated a whole bunch of times with all sorts of new stuff. 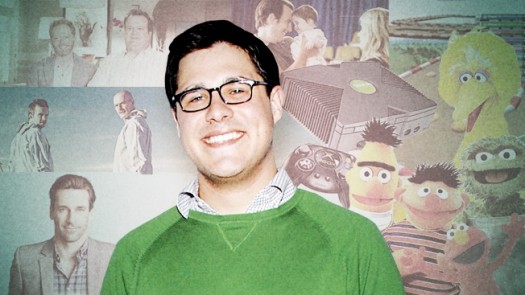 Anyway, in a recent short interview with AdWeek, Rich Sommer, the actor who plays Harry Crane on AMC’s Mad Men dropped some interesting details on the gameplay habits of the cast and crew:

Disc Drivin’ is a racing game that I’ve been playing a lot lately with Jon Hamm; Jay Ferguson, who’s also on the show; our head hairstylist; and our makeup artist.

Celebrity endorsement for apps and games isn’t a new thing, but it always seems like whenever a celeb’ is tweeting about the game they’re playing, it’s usually the same ultra-popular junk everyone else is playing. Disc Drivin’, however, is seriously obscure compared to something like, I don’t know, Temple Run.

So, yeah, if the folks behind Mad Men are playing Disc Drivin’, you totally should be too. Right?