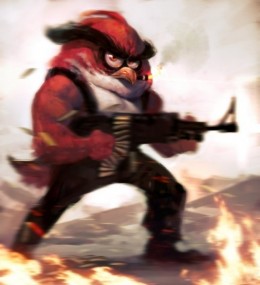 What’s this? Rovio Mobile has something else new up its sleeves? In a recent interview with AllThingsD, Rovio CEO Mikael Hed shared a lot of “stay calm, don’t panic" thoughts on Rovio and how heavily tied its success is to Angry Birds, noting that Rovio’s fingers are in more than just video game jars. He also revealed that his company is in production on a yet-to-be-revealed game set to hit in the next couple of months. AllThingsD says this title is a “non-Angry Birds-themed game," which leaves a lot of room for interpretation as to how Angry Birds-less this new title could be.

If this is a new IP… boy, does Rovio have some shoes to fill. Angry Birds is on stores shelves and clothing racks, as well as pretty much on anything with a chip in it. You can’t help but to think that, unless this game somehow exceeds the popularity of Angry Birds, it’ll be considered anything other than a failure. We can think of worse problems, though. Like hammer toe. Bet that’s the pits.

[via AllThingsD, image via RoyalePost]