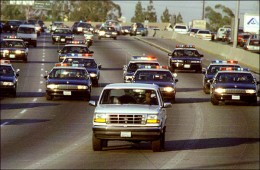 Here’s a sale that we definitely didn’t expect to see so soon. Rockstar’s Grand Theft Auto 3 and Grand Theft Auto: Chinatown Wars have both dropped to a dollar. This sale just went into effect, and strangely enough it seems that the iPhone-specific version of Chinatown Wars is still $9.99. It doesn’t make much sense for Rockstar to only drop the price of the HD version, so maybe check back in a little bit to see if the price of the small screen version drops as well. (We’ll update this post if/when it does.) Looks like the iPhone version finally dropped to 99¢ as well.

We’ve reviewed both GTA3 as well as Chinatown Wars. We loved both games, as they provide a level of depth seldom seen on the App Store. They both control about as well as you’d expect a console game mapped to virtual controls to play, which in my opinion is totally workable.

Seriously, don’t miss these games while they’re 99¢. Both have potentially hundreds of hours of gameplay if you find yourself getting sucked into the main story, the side missions, and just generally bumming around in the world. I couldn’t even guess the number of cumulative days I’ve spent in various GTA games racking up the highest wanted level I can and seeing how long I can survive.