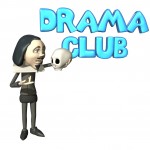 I hope NimbleBit believes in the saying “There’s no such thing as bad publicity," because they’ve certainly been the target of a boat-load of industry drama lately with not one but three individual TinyTower [Free] knock-off “betas" landing on the Canadian App Store in the last week. First there was Zynga’s Dream Heights [Free], then Glu’s Small Street [Free], and this morning we discovered another clone by Glu, Lil’ Dungeon [Free]. The main innovation of Lil’ Dungeon seems to be that you’re building down instead of up. Aside from some new graphics, just like the other clones, all of the gameplay elements are identical.

What’s more interesting than Glu mashing the green button on their copy machines is that Zynga actually has responded to the recent controversy. VentureBeat not only scored a interview with Mark Pincus, Zynga’s chief executive of social games, they also managed to snag a copy of a confidential memo he sent around. The takeaway from the interview is this:

In essence, Pincus is not saying that it’s OK to copy someone else’s game. Rather, he is saying that a company can make a contribution to the canon of gaming if it takes an existing game and improves it. That company can reimagine the game and remove all the barriers that stand between the game reaching a billion people.
…

“You should be careful not to throw stones when you live in glass towers,” Pincus said. “When you pull the lens back, you saw that their tower game looked similar to five other tower games going all the way back to SimTower in the early 1990s.” …Read More

In light of this news, I got in contact with NimbleBit’s Ian Marsh for a rebuttal to Pincus’ claims:

It is a smart idea for Mark Pincus and Zynga to try and lump all games with the name Tower together as an actual genre whose games borrow from each other. Unfortunately sharing a name or setting does not a genre make. The games Pincus mentions couldn’t be more different. Sim Tower is a true “sim" with macroscopic management and fine tuning of a buildings facilities. Tower Bloxx is a timing based high score game.

If you take a quick look before “pulling the lens back" as Pincus suggests, you’ll find an innumerable number of details in the game that were painstakingly crafted to be identical to Tiny Tower. These are core gameplay mechanics and rules, not similar settings or themes that games in the same genre might share.

All of these things are poorly hidden underneath an uninspired veneer which has become Zynga’s trademark.

It’s hard to disagree with the NimbleBit guys on this one, and it’s equally difficult to find the “improvement" Zynga claims to have packed into Dream Tower. From where we’re sitting, it seems that the main “improvement" that they’re seeing is the Zynga dog in the top left corner of the Dream Tower app icon.