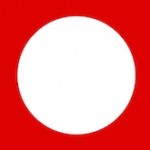 Semi Secret Software, the studio behind Canabalt, has announced that its working on a brand new iPad game alongside Greg Wohlwend of Solipskier [$.99] fame. According to a tweet from Semi Secret, this’ll be its first new game in over a year.

Get ready for a crusher: we don’t know much about this collaboration. The aforementioned tweet links to PlayHundreds.com, an undoubtedly artful web site that’s teasing something relevant, but not immediately apparent. We realize this isn’t a whole lot to go on. Semi Secret is pretty good at this game development thing, though, so we’re OK with assuming that this is worth keeping an eye out for.