Blueprint 3D [$.99 / HD], FDG Entertainment‘s extremely cool twist-to-solve 3D puzzle game, received a notable content update the other morning. At the top, FDG has added two all new, more challenging modes of play: advanced and pro. As the names imply, these modes give users a fresh way to play by introducing new layers.

FDG has also dropped in a few “minor fixes," including progress saves in each level, and a new trophy. Perhaps the most enticing of this Other Stuff is the new Christmas-themed set of levels. Unfortunately, you’ll need 280 stars to even catch a glimpse of the santa stuff and reindeer it has added into the mix. 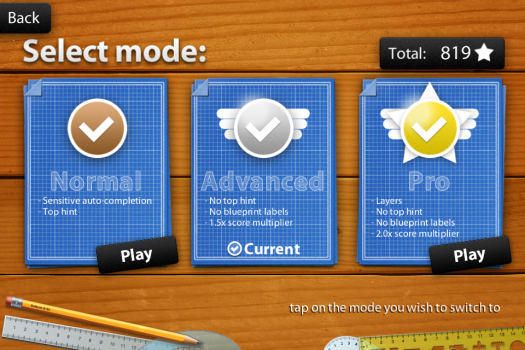 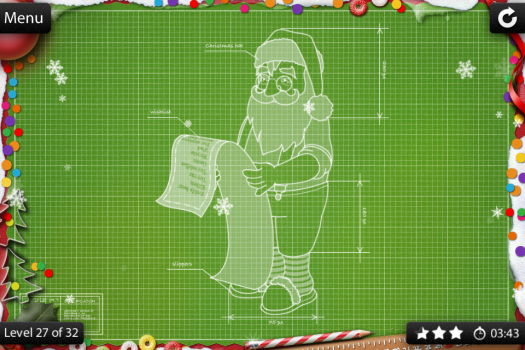 If you’re not up-to-date on Blueprint 3D, stop on by our review. Spoiler: it’s pretty good, occasionally challenging, and surprisingly elegant. Sure, it’s ultimately a simple game, but we think it has enough for its asking price.