The App Store is home to a ton of unique ideas, and we’ve seen all sorts of games come along that started out one way and evolved into something entirely different due to content updates that are often spurred by feedback from gamers in our forums. It’s one of the neat aspects about iOS gaming, and something that sets it apart from most other traditional gaming platforms.

However, Bryan Perfetto, creator of the awesome endless high scoring game Kitty Up [99¢] (the second title this morning that has previously been featured on the Kitty Korner segment of our podcast) is taking the app updating facet of the App Store to the extreme. He has just released Rocket Bits [Free], his latest game that’s not really much of a game at all… yet.

The idea behind Rocket Bits is that he’s soliciting any and all ideas from users and will try to implement them into the game the best he can. Right now, the game isn’t much more than an extremely basic cave flyer with very little to do. You can control the dual thrusters of a tiny rocket by touching either side of the screen, and putt around an expansive randomly generated map, bumping into walls and… that’s about it. 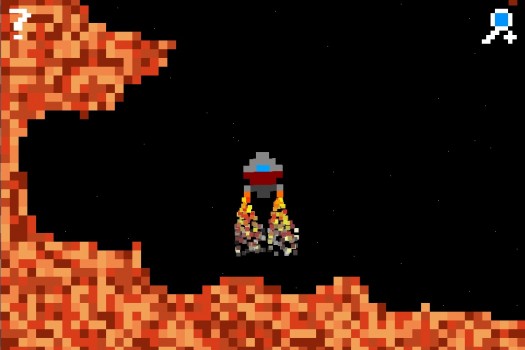 But just because there isn’t much to do in Rocket Bits doesn’t mean it’s not off to a pretty good start. The thruster controls feel great, the retro-styled pixel art is quite nice, and the chip tunes in the game are fantastic. Since the game isn’t much right now, it’s being offered for free, and eventually after some updates have fleshed out the experience then Bryan plans to raise it to “the outrageously expensive price of one dollar."

If the concept of Rocket Bits intrigues you, you can send your game ideas via email to [email protected], on Twitter at @RegularKid, through his website www.regularkid.com, or just blurt them out in iTunes reviews for the game. The plan is to update the game weekly, though that will depend on how difficult the ideas are to implement and Apple’s review process. If he uses your idea, you’ll get your name forever emblazoned in the game’s credits section.

It’ll be interesting to see how Rocket Bits shapes up over time, and how well the developer will be able to use the ideas given to him. We’ll keep our eye on its progress, and there’s no reason not to grab the game for free to check it out and send along some ideas of your own.