The week of PR shenanigans is still going strong, the latest of which involving a late-day surprise release of EA’s new iteration of Tetris [99¢] which we mentioned seeing at EA’s recent winter preview event. Here’s what The Bearded One had to say about it:

Basically everybody on the planet knows the falling blocks puzzle game Tetris, and we’ve had an iOS version of the game almost since the very beginning of the App Store. While that is a fun and totally decent version of the game, the touch screen controls left a bit to be desired. That’s where the new One-Touch mode comes in. Here, when blocks appear at the top of the screen you’re given an assortment of spots to automatically place the block at the bottom of the screen, represented by outlines of the block’s shape. 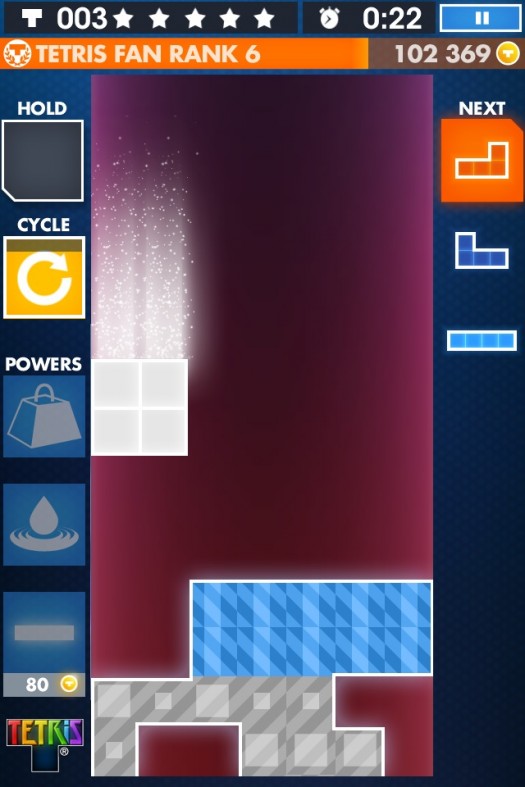 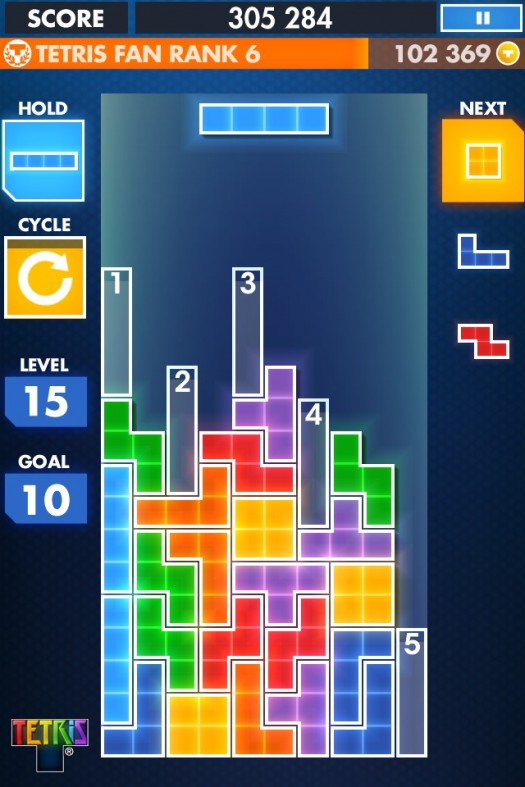 This seemed like a weird idea to me at first, but after actually playing this mode I was a believer. It’s such a simple change but it dramatically changes how you would typically play Tetris, almost transforming it into a different game and bypassing any imprecise control issues from the touch screen. There’s regular Marathon mode as well as a progressive level-based Rush mode in addition to One-Touch, so this version of Tetris should appeal to purists as well as those looking for a fresh take on the classic gameplay.

Unfortunately, it seems that this new version of Tetris has replaced the old version of Tetris on the App Store. So, this will be a new purchase for everyone instead of an update, and you might as well back up the old Tetris .ipa somewhere in case you ever want to re-sync it to your device.