The Bearded One attended a somewhat clandestine Activision event a while back to see a very mysterious game. We didn’t know anything about it at the time other than it rhymed with “Mall of Beauty," and we were especially not allowed to say anything about it. We weren’t sure when it was coming, so we’ve spent the time since waiting for the high sign that we can let the cat out of the bag on the whole thing. 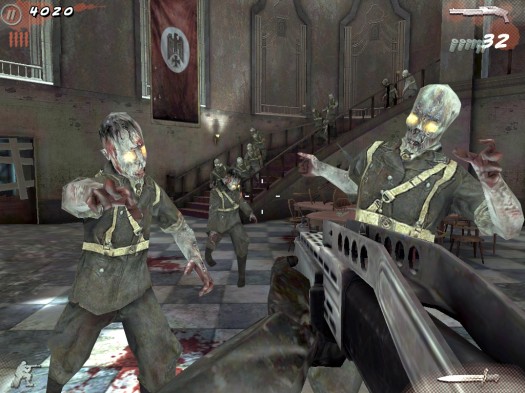 Well, apparently it is coming tonight. Call of Duty: Black Ops Zombies is the $6.99 sequel to Call of Duty: Zombies [$4.99 / HD] which as you may recall similarly just appeared on the App Store randomly one day. Kotaku has the skinny on all sorts of details on the game, and mirrors our experiences in that it plays like an updated version of its predecessor. The biggest improvement are in the controls, making the game feel a lot more playable. Oh, and there’s voice chat too, so you can scream at your teammates in true Call of Duty fashion.