One of Skyrim‘s greatest strengths is its ridiculous amount of content. But that also ties into one of its biggest weaknesses: unless you’re insane, you’re going to have to pass on some of what the game has to offer in order to retain a measure of focus. The in-game map functionality adds to this pain since doesn’t let you jot down notes or throw up readily identifiable markers for areas you’d like to go back to.

An unofficial companion app, Dragon Shout, is looking to provide just that — and more down the road. Dragon Shout is basically a fully interactive Skyrim map that allows for annotated markers for anything, including even alchemy components. In later updates, it’ll become a social hub, of sorts, for Skyrim adventurers, as it’ll add in marker sharing, party or app-wide chats, pictures, and more. It’s an ambitious project. 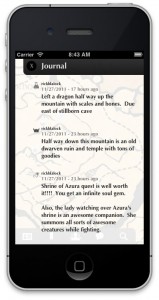 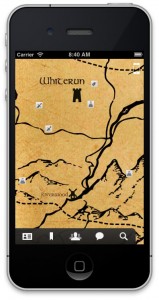 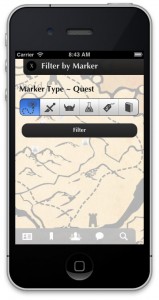 To be clear, here’s what’s in the first release, which has just been submitted to Apple.

“The first version of the app contains an interactive map where you can drop annotated markers / journal entries down," the developer told us. “For example, yesterday I played Skyrim and left a bunch of dragon scales and bones on the side of a mountain because they were too heavy.

Dragon Shout should be out within the next couple of days on iPhone and iPad for $0. You can follow its progress on the app’s website or this handy-dandy forum thread the creator started.