Long time readers of TouchArcade might remember the announcement of an iOS port of Space Tripper, a horizontal shoot ’em up from PomPom Games released for PC and Mac way back in 2001 and rereleased in HD as Astro Tripper in 2009. The port was to be handled by True Axis, the Australian developer of Jet Car Stunts [$1.99/Lite], and the project officially began in June of 2008, before the official iOS App Store had even launched. We first caught wind of Space Tripper coming to iOS in December of that year, with a planned release of “early 2009." Boy, how plans can change.

True Axis was comprised of just two members, and as development on Jet Car Stunts hit its stride during 2009, it didn’t leave a ton of time to work on Space Tripper, and progress on the title lagged. After Jet Car Stunts‘ release in November of 2009, the hope was that Space Tripper would be finished up shortly thereafter, and that following December is when True Axis officially debuted the game in our forums, still optimistic that it was coming soon.

But the development gods just didn’t want to give True Axis a break on Space Tripper. They were striving for perfection with the performance of the game on iOS hardware, and every time they seemed to be getting the game behaving exactly how they wanted a new iOS update would come along and totally throw a wrench in the build, setting their progress back several steps and delaying the game even further. 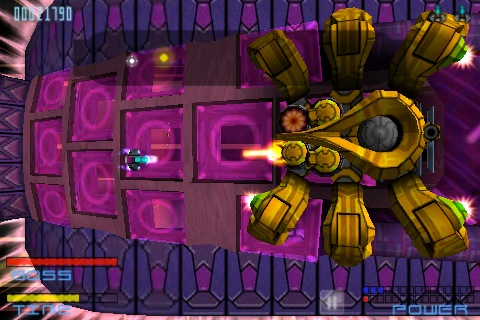 Following this, Space Tripper pretty much slipped off the radar. Occasionally, somebody would as about its status in our forums and one of the members of True Axis would pop in and say that they were still toiling away, but had run into some sort of new problem that was causing yet another delay. It almost seemed like Space Tripper was perpetually just “a month or two" away, but something would always come along to muck things up. This is exactly what the term “development hell" was coined for. 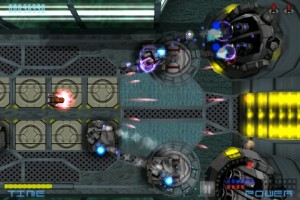 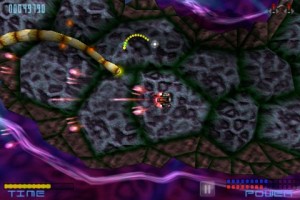 Fast forward to February of this year, and a bombshell was dropped. One half of True Axis and the main programmer behind the Space Tripper port for the past two and a half years, Andy Coates, decided to retire from the game development business after 25 years. Well, not get out of game making altogether, but move on to do his own thing. This meant that the other half of the team, Luke Ryan, would have to jump in and pick up where Andy had left off, which I’m sure was no easy task. He did just that though, and somehow remained optimistic that Space Tripper would still eventually see the light of day.

Again, development continued as Luke tinkered away at the Space Tripper code, though things were moving even more slowly now since he had jumped into a project that wasn’t entirely his to begin with. Recently, Andy decided to devote some of his free time to his former company and jump back into Space Tripper and get the title finished up once and for all. Since then, things seem to be chugging along quite well with Space Tripper, and despite the newest monkey wrenches that were iOS 5 and the iPhone 4S, it looks like the game will finally see a release sometime this month. True Axis has recorded a new video showing off Space Tripper on iOS, and it looks simply fantastic:

Now, don’t get me wrong, with everything that Space Tripper has gone through over the past three and a half years, I won’t actually feel comfortable until the final release is on my device and there is a real, working iTunes link for the game. Whatever the digital equivalent of holding a physical box for a game in a retail store is, that’s what I need before the doubt will fully fade from my mind. However, seeing this new awesome video and reading along with the developer comments in the upcoming thread in our forums has me feeling that this might actually, maybe, possibly be it. Finally. At long last.

Hopefully we’ll get our grubby hands on Space Tripper sometime this month to evaluate how well a ten year old game with a three year iOS development cycle translates to the iOS platform, including the iPad as it’s set to be a Universal app. Once that’s finally out of the way, then we can begin bugging True Axis about Jet Car Stunts 2…