‘Tis the season for Halloween-themed updates, and you betcha’ that Phosphor Games decided to celebrate the spookiest of days with a free update to its horror game, The Dark Meadow [$2.99]. The biggest game-changing tweak we’ve seen is the increased level cap, which has been bumped to 50 from its previous high of 40. This update also packs in optimization for the iPhone 4S, a few more save slots, some notable bug fixes, a new game+ mode, and lowered creature spawning inside the level “Montclair Hospital."

Oh! And the game is now cheaper. Until October 31, you’ll be able to grab it at $2.99 instead of its premium-ish price of $5.99. That’s quite a savings for a game we liked a lot. You can read our criticisms and praise in our full review right here.

Just for fun, here’s a, uh… decidedly uncreepy shot of the game. Chew on this: 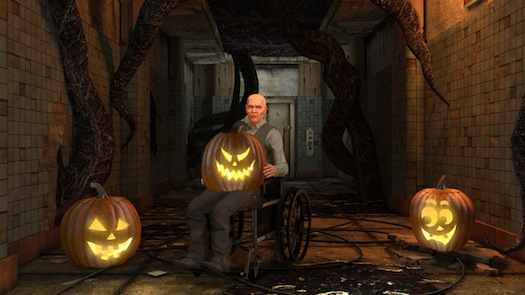 The price change is live now, and the update is going live in the “very near future," so keep an eye out for it.