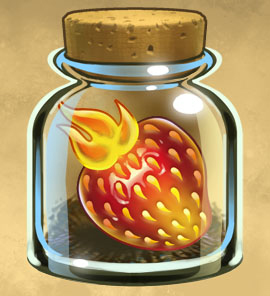 It’s becoming more and more difficult to get excited for social games these days, especially as everyone and their second cousin jumps on the free to play bandwagon, but the guys from Appy Entertainment just announced their next title, SpellCraft School of Magic utilizing some key words that almost never fail to pique my interest. According to Appy, the gameplay will a mixture between Magic: The Gathering and Dungeons & Dragons. I’m skeptical, but that’s one glorious combination.

Anyway, the game seems to revolve around tricking out your avatar while raising various magical plants which serve as the reagents for crafting spells which seems to involve a potion brewing mechanic of sorts. From there, you’ll explore the dungeons beneath your wizard school and battle monsters that take the form of cards. Defeating monsters results in gold and experience, and leveling up progresses the game through unlocking spells, new plants, and more.

Details aside from what I’ve already mentioned are few and far between at the moment, but I’m always willing to try out a new social game that at least sounds like it’s trying to do something to differentiate itself from your typical Farmville clone. Appy has had a good track record of releases, so I’m anxious to see how they take on the whole social game phenomenon taking the App Store by storm. If all goes as planned, SpellCraft should be available next month.