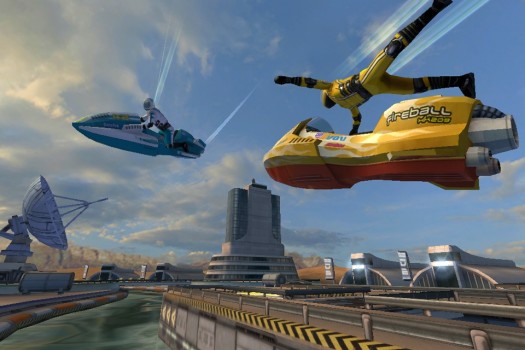 Back in 1996, during my sophomore year in high school, I have many a fond memory of playing Wave Race 64 endlessly with my buddies. At the time, Wave Race 64 was a technical marvel for its fantastically realistic water effects, and even today the visuals are still pretty darn impressive. It also didn’t hurt that it was an incredibly solid experience in the gameplay department, especially with 3 friends by your side all vying for the top spot in any given race.

Now 15 years later and developer Vector Unit is readying Riptide GP for iOS, another watercraft racing title with impressive water effects, but one that can fit in the palm of my hand. We’ve already seen a pretty stellar watercraft racer with last year’s Aqua Moto Racing 2 [99¢], but Riptide GP looks to differentiate itself with a more arcadey and over-the-top brand of racing, as well as your more traditional racing game track designs. 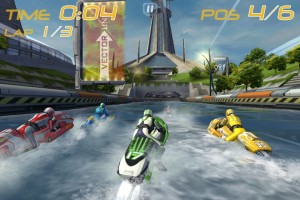 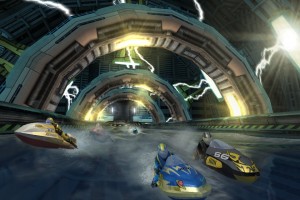 As for features, Riptide GP will offer 12 different courses, 6 watercraft vehicles, 3 game modes (Race, Hot Lap, and Championship), and a trick system that will let you hotdog-it-up whenever you catch some air. Another interesting feature will be the ability to alter parts of the track environment using “interactive triggers”. Though I don’t completely understand what they mean by this yet, it definitely sounds intriguing.

Of course, Riptide GP will also feature dynamic waves and a water-based physics system, so your craft will react to the undulating water while you race. This is accomplished using Vector Unit’s own wave generating Vector Engine, which is the same engine used in their Xbox Live Arcade title Hydro Thunder Hurricane. It definitely seems to be able to put out some incredibly nice looking visuals and water effects, and also seems to run at an ultra-smooth clip, as you can see from the gameplay video below taken from an iPhone 4S:

Riptide GP was originally exclusive to Tegra2 chip-based Android devices, due to the power needed to push such nice visuals. However, in coming to the iOS platform, the game has been made compatible with 3rd generation hardware and above, and should be especially high-performing on the dual-core A5 devices, the iPad 2 and iPhone 4S. No pricing has been specified just yet, but Riptide GP is set to launch next week on October 27th, and we’ll be sure to check it out then.