You wanted it, apparently, so Remedy Entertainment is dropping it into Death Rally [$.99]. This morning’s update to the arcade racing title re-born adds a beta online multiplayer for up to five dudes. From what we’re seeing, the online is just like the typical campaign component, except actual people are pummeling your rear and scuffing your ‘caps. Only six maps and one car are available at the moment, but we’re fairly sure that number will go up in future updates or IAP opportunities as soon as Remedy is finished testing.

Interestingly, this pack rolls in a few new ‘additions’, including a multiplayer variant of the Shrieker, which offers a “separate level advancement" from cars in the single-player mode. You’ll also notice some better anti-aliasing on the iPad 2, a new Flamethrower weapon via IAP, and some new achievements.

Death Rally is senseless fun. We totally re-realized this earlier today when putting the multiplayer through some paces to test its awesome-ness. If you’re still in the market for something a little silly, a little violent, and pretty frantic, this is probably definitely it. Now, if you’ll excuse us, we have more death to rally. 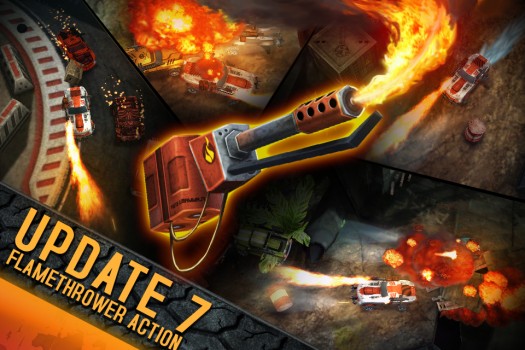 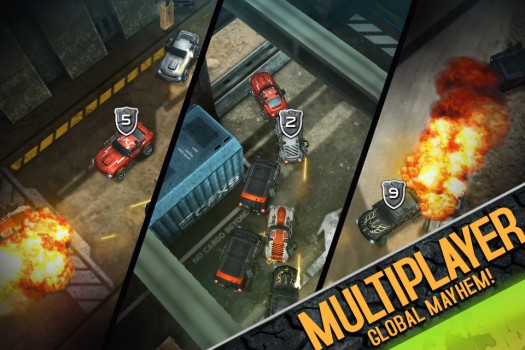