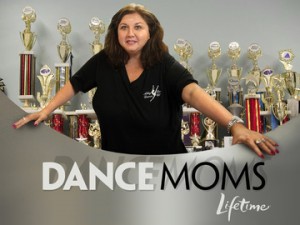 Whoa, it’s Wednesday. If you were here last Wednesday, you know what that means: A new episode of Dance Moms! Oh, also, there’s a heap of new iOS games coming out tonight, which you can either play while you watch Dance Moms or while you wait for Dance Moms to air. Either or. Anyway, this works like it does every week where these games are released in New Zealand first, then slowly trickle out across the rest of the world throughout the day. Everything in this post should be available for download in the US App Store at 11:00 PM Eastern.

Anthill: Tactical Trail Defense, $1.99 – Forum Thread – This game actually looks really neat. The line drawing mechanic seems to translate perfectly to directing your line of ants around, and the concept of there being boss battles utilizing your army of ants sounds like it could be pretty rad.

Dark Meadow, $5.99 – Forum Thread – This Unreal Engine powered “dark fairytale" boasts one of the creepiest atmospheres I think I’ve ever seen in an iOS game. Taking place in a derelict hospital, players eventually uncover the mysteries of the strange witch that wanders through its halls. We’ll have a full review of this up very soon.

HighFlyer DeathDefyer, $4.99 / HD – Forum Thread – This seems to be what you get when you really like the parachuting levels from Pilot Wings and decide to craft an entire awesome looking game around it. Unfortunately, it’ll only run on modern hardware, so make sure you check compatibility before downloading.

Rocket Claw, 99¢ – Forum Thread – Answering the eternal question of what’d happen when you put a claw machine in space comes Rocket Claw. By tapping the screen, you send your claw flying out to rescue astronauts, collect crystals, fight bosses, and more.

Roll In The Hole, 99¢ / Universal HD – Forum Thread – Would it be a Wednesday without a physics-puzzler from Chillingo? Here’s the latest! This one centralized around rolling across 72 levels to complete the quest of rescuing your icy treats, which I suppose is as good of a goal as any.

RunDaLine, 99¢ – Forum Thread – This game seems to mix Solipskier and Bumpy Road, along with a skunk, for interesting results. 50 levels are included across five different worlds.

Super Cyclone, 99¢ – Forum Thread – Miniclip’s latest game is a dual stick shooter which actually looks pretty cool, per the trailer. I’m digging the little radar/heads up display in the middle for tracking bogies.