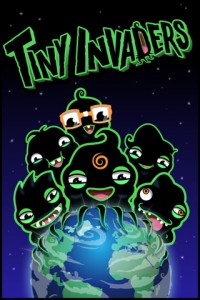 Just last week we brought you the news that several employees of the now-shuttered Bizarre Creations had formed a new studio, Hogrocket, with a new iOS property hitting the App Store in September. Well time flies, September is here and so is that title, which we’re now at liberty to discuss. It’s called Tiny Invaders [$3.99] and it’s a quest to take over humanity — from the inside out.

In Tiny Invaders you control microscopic aliens who are here to dominate the human race. To take on such a gargantuan task they delve into the bloodstream of the first person they find, a hick stereotype that just so happens to be in the path of their crash landing. Once inside his body they race through his bloodstream, collecting his white blood cells (or so I assume his “human orbs" to be) and infecting him piece by piece.

The target for infection has systems of veins and arteries laid out as tracks. The invaders automatically travel along those tracks, following the path of least resistance. The player has two pieces of input: switching the track to make the invaders take a different path, and tapping them to make them travel faster. 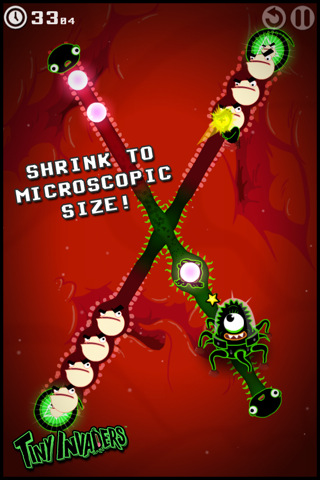 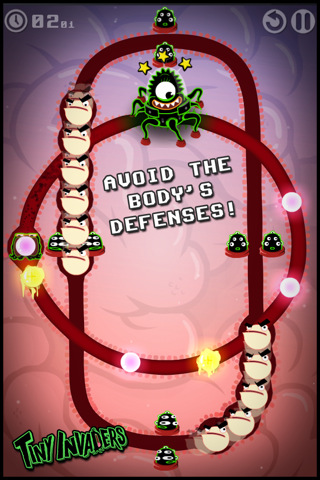 That doesn’t sound like much to keep on top of, but it’s enough that the game eventually becomes entirely overwhelming. Each level is ranked with time limits, and to earn the top honors you’ll need to plan carefully and execute efficiently. The levels become increasingly devilish, wrapping track over track in intricate knots. Getting through the early levels is simple enough, though finding the perfect route to slip in under the time limit is always delightfully difficult. In later levels, however, all bets are off.

As you make your way through Tiny Invaders’ 60 levels, you’ll run into all manner of things to hinder or assist your progress. The first is the glowing orb: when brought back to your base, this creates a new invader. To earn the best completion times you’ll need to think carefully about how to claim those orbs on your first pass. Then come the enemies, who travel along tracks just like your invaders do. Precise timing is required to keep your invaders slipping past them instead of slamming into them. 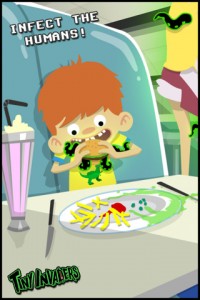 Then the going gets really tough. Later levels are littered with gadgets that will speed up any critters that pass by, or clone them, or teleport them. These affect foes as well as friends, so staying safe becomes harder than ever. With all of these elements in place, Tiny Invaders strikes a great balance — you’ll need to plan your route out in advance and then react quickly to the changing environment.

This is where Tiny Invaders excels, but it’s also where the game falters. I appreciate its dedication to one-touch controls, but there have been moments where I’ve wanted to throw my phone in frustration as the game made a seemingly arbitrary choice between speeding up my invaders, speeding up the enemy units and swapping a track. The death of your invaders holds no serious consequences, but when you’re aiming for three stars and an imprecise tap gums up the works it can be a bit irritating. At least the reset button is just a tap away and every level can be skipped freely, so no irritation is too lasting.

Beyond the occasional muddled input, Tiny Invaders is an excellent debut from the folks at Hogrocket. Its puzzles are infused with such urgency that you’ll find yourself on the edge of your seat, mashing reset to take one more shot at beating the timer. But speed is no excuse to get sloppy — you’ll need to think several steps ahead to master each level. It’s a great pairing of action and puzzle, one that deserves your time and attention. If, on the other hand, you think the price is just too darn high, I’m sure you’ll find people to commiserate with in our discussion thread.