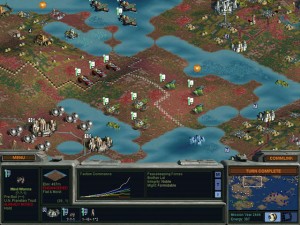 Firaxis Games’ spiritual successor to Civilization II’s Space Race conclusion, Sid Meier’s Alpha Centauri, might see new life in this generation. The all-seeing eyes over at NeoGAF have spotted two unique and new EA trademarks for the game (simply Alpha Centauri) across the US and Europe, which begs the question of what exactly the publisher plans to do with the sci-fi inspired, turn-based strategy property.

One place we’d love to see the game again would be, naturally, on the iPad. Turn-based games function pretty well on the platform in general, and provided any possible new form of the game keeps to the original’s roots, we see ourselves having a blast with it. Heck, we’d even take a straight-up port of the 1999 game. Fingers crossed.