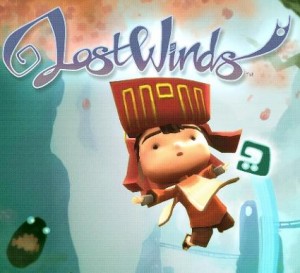 The studio that built Skittles the Tiger is dipping its toes in App Store development later in 2011. Kinectimals creator Frontier Developments has announced its intentions to port its critically successful WiiWare puzzle title, LostWinds, to Android, the iPhone, and the iPad. LostWinds originally hit in 2008 and was soon followed by a sequel in 2009.

Eurogamer nabbed the exclusive on this one via a conversation with Frontier head honcho David Braben. Braben showed the pub the game running on an iPad and demoed its virtual control / touch control scheme. As of right now, players will move Toku with a virtual joystick, but will be able to create the wind effects with on-screen touch.

Not familiar with LostWinds? You and a lot of other people, I’m guessing, considering it debuted and was soon buried on a lackluster digital service notorious for its clutter. Toku is the lead, but the real star is the wind that you conjure with gestures. Check it out:

Braben is a big deal in retro circles. He co-wrote the space trading game Elite in the 80s and went on to establish Frontier. Since then, he’s had a hand in Zarch / Virus, Frontier: Elite II, V2000, Darxide and several other titles leading up to its more recent, more gesture-friendly titles. We’ll be keeping our eyes on this one, for sure.