A while back, developer Infinite Dreams promised that if they could get to 5,000 “Likes” on their Facebook page that they would drop the price of their vertical shmup Sky Force [Link] to free for 48 hours. Yesterday they hit that goal, and true to their word you can now grab the full version of Sky Force for zero dollars.

Sky Force on iOS was released is actually a port of a game that Infinite Dreams had created several years ago for PocketPC, Palm, and various other handheld devices. It feels a little old-school compared to some of the other shmup offerings on the App Store, but Sky Force is still a really solid shooter that’s actually a lot of fun. 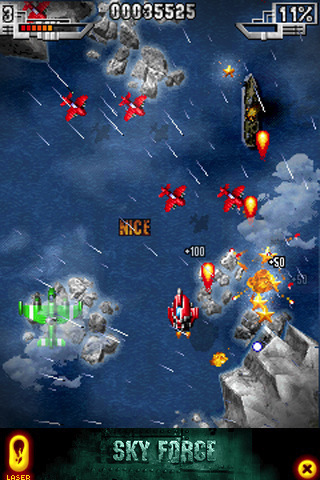 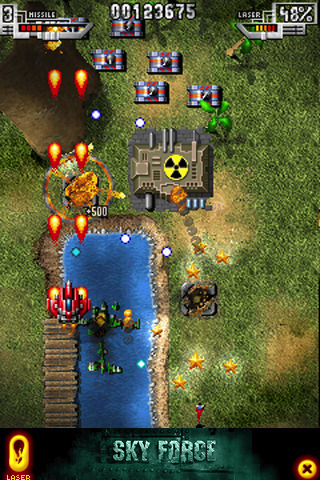 There are 8 different missions to play through and 3 different ships that you can use, each with their own unique attributes. The goal of each level is to destroy a set percentage of the enemies before you reach the end. There are a few different weapon upgrades to pick up along the way, and there are even survivors that can be rescued for additional points at the end of a level (providing you are eagle-eyed enough to spot them).

Sky Force doesn’t seem like much compared to some of the more contemporary shmup releases out there, but it’s a really decent little game that should appeal to shmup fans looking for a new fix. It’s definitely worth a download while free, and if you enjoy it like I do, then I can easily recommend its sequel Sky Force Reloaded [$1.99/Lite] (which actually appeared on iOS before the original did) for more of the same style of gameplay with new levels and a few additional tweaks.