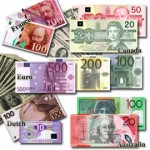 Apple has been doing some maintenance on iTunes Connect, which is the glue behind the scenes that holds together the family of iTunes stores. As part of some planned downtime, they’ve also adjusted pricing in some international markets with currencies that have fluctuated. Some price points have done up, while others went down.

Here are the new low-end pricing tiers for regions that have changed, and the rest of the tiers fall in line accordingly with the new pricing:

It seems the only countries affected were those that were furthest out of line with current conversion rates. Congratulations, Australia, Japan, and Switzlerland, you’ll be saving a little cash. Sadly, iTunes gift cards aren’t going to stretch as far as they used to in the UK, Mexico, and Norway, but that’s the way of the world I suppose.