As of yesterday, the App Store has been online for three years. Crazy, right? I remember downloading my first apps on my O. G. iPhone standing in line outside of the Apple Store for the iPhone 3G which launched the following day. I’m not entirely sure what the first thing I downloaded was, but I’m pretty sure it was a solitaire game– Mind blowing, I know.

Anyway, as I’ve mentioned on our podcast, iOS developers seem to use any holiday, anniversary, of vaguely related event to hold a sale. Pangea Software is using the third anniversary of the App Store to… give away all their games for free. They’ve got an awesome catalog, and this seems substantially more appropriate than say, Father’s Day sales. 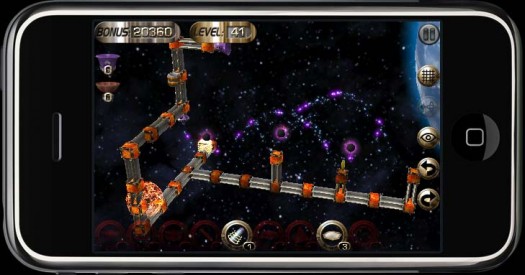 The best thing to do is to head over to the Pangea Software listing on iTunes. I’d say it’s safe to just download everything but be sure to grab Enigmo 2 as it’s my favorite game of theirs. After 8:00 PM Central tonight all of these games are going to go up to 99¢, which is a good deal, but obviously not as good of a deal as free.