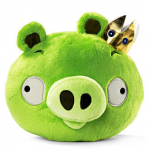 It’s no secret that Rovio has been looking to turn Angry Birds into an … even bigger worldwide phenomenon than it already is. They’ve already got an impressive online store loaded with swag, as well as a pre-order page where you can get in line to order everything from lunch boxes to Angry birds sandals of all things. Normally I’d say, “Who the hell buys this stuff?" But, I’ve seen a ridiculous amount of people wearing Angry Birds shirts, and my neighbors’ dogs’ favorite toys are their full array of plush Angry Birds toys. Oh, and it probably doesn’t hurt that these days Angry Birds is available on every platform under the sun, and it wouldn’t surprise me if sometime next year I’ll be able to play Angry Birds on my microwave.

A recent post on the Rovio blog provides some clues for the next step of Angry Birds world domination. David Maisel has joined the Rovio team with the mysterious title of “Special Advisor." I’m imagining this as a Game of Thrones-esque hand of the king kind of situation. Anyway, one of David’s many claims to fame is transforming Marvel Entertainment from a comic book company desperate to remain relevant in the digital age to self-producing and self-financing massive summer blockbusters, turning existing comic franchises into multi-million dollar movie series and getting an entirely new generation interested in reading comics again. 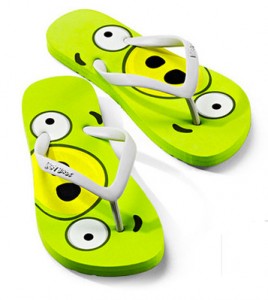 Will Maisel be able to duplicate that success? It’s hard to say. Rovio has recently raised $42m in investments to expand, and part of those expansion plans included acquiring Kombo, which is a leading Finnish animation studio. It seems that they’ve got all or most of the pieces of the puzzle to start pumping out Angry Birds TV shows, movies, or whatever else.

Now, I know how easy it is to just scoff and dismiss this news (all while simultaneously posting a comment to this story about how much you hate or “don’t get" Angry Birds) but consider this– Angry Birds has single handedly turned a ridiculous amount of people onto gaming that otherwise never would have cared. Hell, I’ve seen this in my own family. My own father spent most of my life trying to get me to play less video games, and now courtesy of the iPad 2 I bought my parents plays “Pigs" (as he calls it) daily and has since branched out to similar casual games. I hear similar stories from friends all the time.

Love Angry Birds or hate it, it’s fantastic to have something like this bringing this many more people into the world of gaming. If an Angry Birds movie is wildly successful, it will also serve to raise even more awareness to mobile gaming–

And that’s never a bad thing.