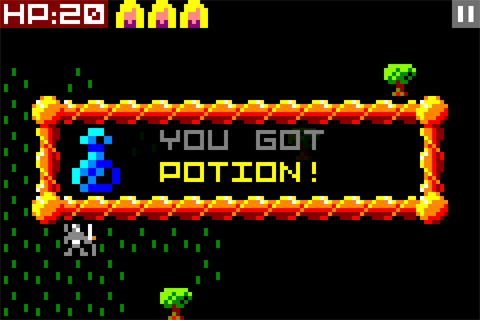 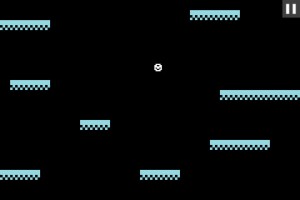 The first game on the list, Splatform, can best be described to readers as a side-scrolling take on Doodle Jump / Papi Jump — although it preceded both titles by years. It is a perfect recreation of the 2002 C64 title of the same name, 1st place winner of that year’s Mimigame Programming Competition. In the iOS version, you tilt to send your bouncing ball from platform to platform in a quest for the greatest distance and highest score.

Wandererz is a mini-RPG, retro styled (of course), that puts you on a pixellated quest to rescue the seven lost daughters of the king. Your mission is to find the daughters, bring them back to the castle, and contend with the ghoulish creatures wandering the land along the way. There are potions, weapons, armor, treasure chests, dangerous swamps, and encroaching nightfall. It’s a great little RPG experience — tiny, really — all packaged up for quick, mobile play sessions. 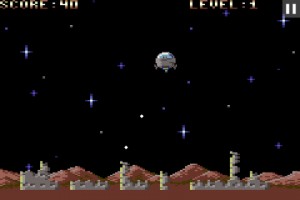 Marz is something akin to Space Invaders, but in reverse. You are in control of a space craft in a decaying planetary orbit. You will soon land, but you must first clear the surface of obstacles with your lasers to avoid a crash. This involves precise timing and adaptation to your dwindling height from the surface. Once all the obstacles are cleared, it’s thumbs up and you’re planted firmly on the alien surface. A C64 color palette brings the nostalgia.

The developers indicate that coming titles in this collection include puzzle games, strategy games, racing games, and more. I’m pretty anxious to see where this goes. If you dig the retro, don’t miss P1XL Party [App Store].

P1XL Games was formed in 2009 by Robin Harbron who worked with Jerri Ellsworth to bring the C64 DTV to market, and designer Sam Washburn. Harbron made the jump from Nintendo DS to iOS development in late 2008.