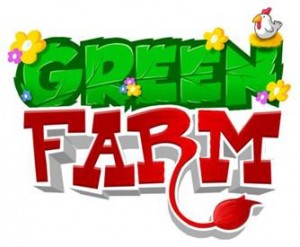 By this point, we’re all pretty familiar with Gameloft’s process. They take a popular franchise from the PC or console gaming space and come up with their own strikingly similar version for iOS. Some people take offense to how liberally Gameloft borrows ideas, but for the most part their games are competent facsimiles of the originals that we would otherwise not be able to play on our iOS devices.

With their newest game, though, Gameloft has actually taken inspiration from an incredibly popular franchise that’s already on the App Store. Green Farm [Free] is the Gameloft version of Zynga’s Farmville [Free], the freemium farming sim that took over the Facebook world and has since been ported to various other platforms, including iOS.

At any rate, Gameloft’s Green Farm seems to be a decent rendition of the Farmville formula. Your farm is saved server-side and you can choose to work on it on either your device or on the Facebook client that has been available for some time. In fact, Green Farm requires a Facebook account and an internet connection in order to play. The game is free to download, and there is an assortment of IAP currency packs should you wish to drop real dough in favor of speeding up the timer-based farming processes.

I’m not really a big fan of the farming sims, or most freemium sim games for that matter, but if that’s something that interests you then there’s no reason not to at least check out Green Farm as an alternative to the official Farmville game.