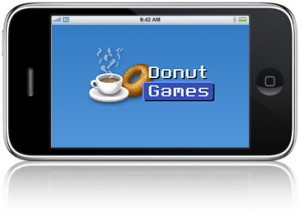 Earlier this month, Donut Games released their newest iOS title into the App Store called Chicken & Egg [99¢]. This simple puzzle game featured a theme that was perfect for the upcoming Easter holiday as well as the core components that have become synonymous with many of Donut Games’ previous releases: colorful pixel art, simple mechanics, plenty of levels, and a 3 star grading system.

However, what was most interesting of all about Chicken & Egg were the things that had never graced a Donut Games release before: it was a universal app, had high resolution graphics for iPad and Retina Displays, and used Game Center for online leaderboards and achievements.

This was great news for a number of reasons. As an iPad and iPhone owner, I always appreciate when games are universal as I can use them on either device with just a single purchase. Also, pretty much all of Donut Games’ titles have online leaderboards, but they required being pulled out of the game and into the Safari browser in order to view them which was infinitely annoying. Now with Game Center, that isn’t a problem. 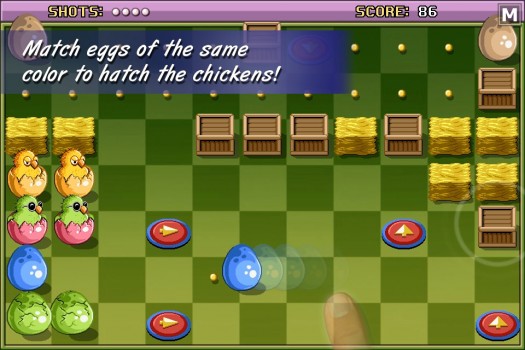 So, that’s great for Chicken & Egg and all, but what about the rest of the Donut Games library? Well, they have informed us that every new game going forward will include these new features, but what’s even more impressive is that they’ll be going back and adding them into all of their previous games as well. The first game to be getting the retroactive universal/HD/Game Center treatment is one of the first traffic management games Traffic Rush [99¢].

In fact, while Donut Games is in Traffic Rush tinkering around, they’re taking the opportunity to improve upon the game by adding an entirely new mode called Rail Rush. As you can see from the video below, Rail Rush takes the idea of controlling the speed of various lines of traffic and applies it to trains on a track.

We make no effort to hide the fact that we love Donut Games. Their titles are consistently enjoyable and a great fit for mobile gaming, and with nearly 30 different games under their belt there’s bound to be a little something for everyone. I’m not sure that every single one of their older games will be receiving as robust a package as the new Rail Rush game in Traffic Rush, but I’m definitely excited to have them get universal iPad support and Game Center integration. Anything beyond that is just gravy.

Be on the lookout for the first batch of updates to Donut Games’ back catalog, including the Rail Rush update, to hit in the coming weeks.