Coin Drop is a cool mobile-focused game. By that I mean, it’s easy to pick up, easy to put down, easy to resume, and a blast to play wherever. But more important than its breeziness, Coin Drop [$.99] rocks. It’s a little like Peggle [$2.99] in the sense that you’re playing a game that involves pachinko-like rules and attributes. In Coin Drop, you have control of a set amount of coins. On the board, which is full of various obstructions that twirl, rotate, or react to weight, there are other, bluer coins that you need to “capture” by hitting them with your coins.

In a cool twist, a given level continues after each blue coin is captured by your coins. At this point, Coin Drop turns into a “How do I make this bonus bigger” game. Design-wise, it embraces this fact by giving you star ratings that’ll allow you, eventually, to enter into other whimsically themed levels. 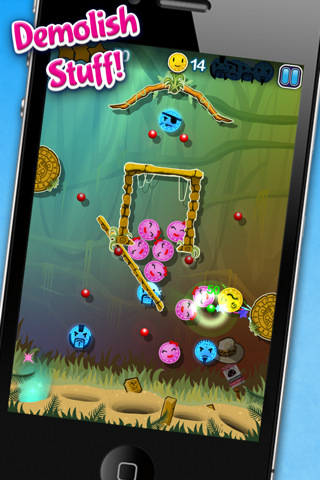 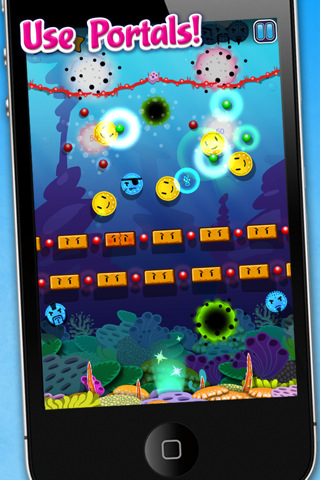 I mentioned Peggle earlier because the design is similar, but there are some important deviations to keep in mind: foremost, you can unload up to five coins on the board at the same time, which can net some pretty wild results — you’ll score like a madman just due to the fact that your coins are bouncing off each other and then the walls. Also, there are several different kinds of coins, each with their own weight and properties, which really mixes up what you can do.

I feel really good about recommending this one. Sure, the boards can get a bit messy when you start letting the coins fly with reckless abandon, but I think that’s the vision here: there is no sweet science to Coin Drop, you just drop a bunch of coins, look at the pretty lights, and enjoy the challenge of trying to reach the blue coins. It’s simple, sure, but in a satisfying one-more-play kind of way.

So, yeah, go grab this. It’s breezy, entertaining, and rather simple — the Tri-force of mobile game design. Check it!