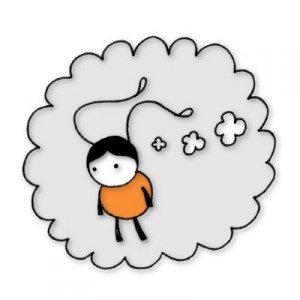 An interesting trailer just passed through our inbox for an upcoming platforming game called Mos Speedrun. The game is being developed by Physmo, who have previously released Seaglass [99¢/HD] in the App Store, and it caught our attention with its focus on completing levels as fast as possible. It appears that just one hit will kill the character known as Mos, and the ghosts from your previous attempts will be running alongside you in the background to give you a means of measuring how well you’re doing in your current run (though this feature can be turned off if you choose).

Physmo promises a simple to use two button control scheme for working your way through the initial 20 levels, with additional level packs already planned for updates. Each level will have multiple goals to shoot for too, like strictly finishing as fast as possible, collecting every coin and item, or finding all the hidden skulls spread throughout. There is also the possibility of sharing ghost data online so you can take on your friends’ best runs, but this feature won’t make it into the initial release.

Mos Speedrun has a really nice 8-bit style and reminds me a bit of one of my other favorite iOS platformers League of Evil [$1.99/Lite]. That game proved that you can have tight controls using virtual buttons and it also had a focus on completing levels as quickly as possible. If Mos Speedrun can offer a similar experience with even just a fraction of the execution of League of Evil, then we may have another winner on our hands. Physmo only hints that Mos Speedrun is close to completion and doesn’t offer a solid release date, but we’ll keep our eyes peeled for it to hit the App Store hopefully sooner than later.