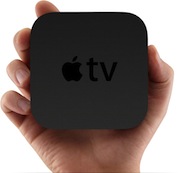 It’s that time again! Apple has released OS update 4.3 for the iPhone, iPod Touch, Apple TV, and the iPad, bringing some cool new features to the respective devices. I could gab for centuries about iTunes Home Sharing and the addition of personal hotspots, but I’ll can that chatter in favor of more game-related stuff about the latest update. Specifically, I want to note the enhanced AirPlay offering.

In brief, the 4.3 version of AirPlay connectivity gives both Web apps and App Store apps the ability to output video to the Apple TV. I think you can see the possible gaming kickbacks from this move. If, say, Imangi was feeling froggy, it could theoretically update Imangi: The Game [Free] to output to Apple TV, thus allowing you to play from your couch on a big screen as opposed to alone and on a toilet. That’s cool, right?

Obviously, we’ll need to play a wait-and-see game on this feature. Surely, adding in this functionality will take time, tweaking, and testing, which means we’ll likely see a lackluster adoption rate initially. Plus, who owns an Apple TV? Even at its lower price point, it doesn’t seem to be exactly flying off the Apple Store’s shelves. Regardless, this is exciting stuff. Guess I really need to think about putting that plasma by the toilet after all.

So what are you waiting for? Download 4.3! Also, if you happen to have an Apple TV and want to check out this new AirPlay functionality, give Air Video [$2.99 / Free] a try. Sure, it’s not a game but playing videos converted real time on my computer, streamed to my iPhone, then relayed to my TV feels like magic.