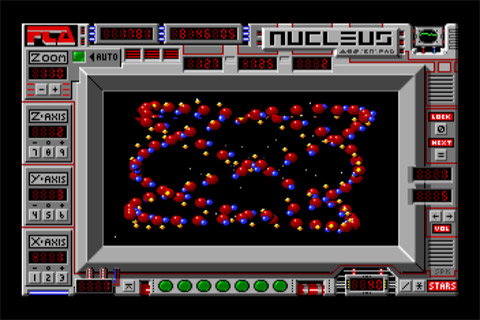 Here’s one that will make a select few of our readers stand up and shout, while merely drawing a faint “hmm" from the rest. But, as Arnold and myself are among the standers and the shouters… Last night, in honor of the 20th anniversary of their founding, the Free Tools Association (or FTA) released a free bundle of their classic demoscene productions and games wrapped in their ActiveGS Apple IIgs emulator as the Universal application ActiveGS – Best of FTA [App Store]. 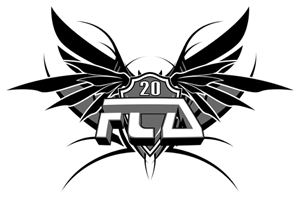 FTA and the associated groups Apple Chemical Software (ACS) and Second Sight Software were well known in the pre-web online Apple II communities for their to-the-metal, assembly-coded demos, games, and utilities that pushed the Apple II to its limits. Among the included productions are Nucleus and Modulae, probably the most well loved and beautifully executed demos to be found on the IIgs, as well as the playable demo of the group’s take on the pseudo-3D shooter Space Harrier. Those checking out this collection who have no Apple II in their past should note that the Apple IIgs, which was released in 1986, is an 8/16-bit computer that runs at 2.8MHz — and that’s in “fast" mode.

The Modulae demo, running under emulation on a Windows machine:

The group’s ActiveGS emulator used in this application is a front-end for the multiplatform KEGS, which emulates the Apple IIgs and, by extension, the Apple IIe. It’s available in both stand-alone applications and as a browser plug-in and is the primary emulation system behind the Virtual Apple ][ website where hundreds of Apple II programs can be run online.

In this iOS version, the emulator simply provides hard coded execution of FTA’s demos, so it won’t work as a general emulator.

UPDATE: Developer Olivier Goguel has chimed in on the comments thread and provided a link to a video of a version of ActiveGS running on the iPad, loaded with many more Apple II demos and games than are featured in the App Store release. But don’t get too excited…

For approval reason, this version contains only FTA product! For a sneak preview of the full version, have a look at this video, but don’t expect it to be live soon…