Remember Shining Force? It was a turn-based RPG created by the dudes over at SEGA for the Genesis. It’s since been ported and sequel-ized to all hell. Little Brad Nicholson and huge Brad Nicholson is a big fan of the original game. It managed to make the turn-based experience engaging without punitive design constructs, a clever pairing that has somehow been lost to the ether. Well, not completely lost. Hunters: Episode One does a great job in being interesting, tactical, and precise, without making you want to pull your hair out or turn off your iPod Touch or iPad.

That’s high praise from me, folks. I’ve got the patience of a bear standing in front of a car filled with raw salmon. But I suppose I should slow down. Hunters: Episode One is a turn-based strategy RPG with all the trimmings — a top-down camera, characters who can move a select number of spots per turn, devastating range and melee attacks, and tons of brain-tickling scenarios. Unlike the high fantasy of a Shining Force, Hunters is based in a dystopian sci-fi universe that, according to a text crawl, runs purely on the almighty dollar. Mercenaries, it seems, are much in desire, too.

A solid tutorial sequence will set you up with these essentials: each level, which can be plucked from a central hub, earns you cash upon completion. And as you use each of your characters you’ll earn experience points that can be used, in turn, on pumping them up in the usual core RPG categories. Swords are not a part of this future as far as I can tell, but massive hammers as well as sub-machine guns, assault rifles, and shotguns are.

Each character can move a certain number of spots depending on who they are, and a generous amount of war fog obscures the map and keeps you from knowing what’s around the corner. This, as always, adds a major strategic edge to the AI, which in this specific title, seem rather cunning and ruthless. Attacks, by the way, can also be triggered depending on range.

I’m digging Hunters. It’s an ambitious, deep title with tons of equipment and stat options and a lot of menus. It’s also content heavy heavy — with a quirky catch. Five levels will be added to the game on a daily basis and you’ll only be able to play those levels during this period. However, on the IAP end, the game will be supported by ten-or-so level “story packs" that’ll add to the barebones core narrative and give you levels to play whenever, without restriction. 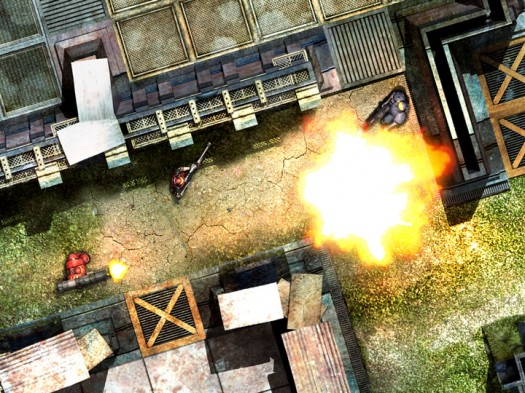