If you were hanging around the arcades back in 1983 (and I’m willing to bet at least some of you were), then you probably remember the classic game called Tapper. In Tapper it was your job to man several counters in a bar and rapidly serve drinks to approaching patrons, while simultaneously collecting their empty glasses before they slide off the end of the counter and shatter all over the floor. Tapper was an extremely fast-paced game and notoriously difficult, and it is also well known for originally being sponsored by Budweiser and featuring their logo throughout the game.

This aspect of Tapper didn’t go over too well though, as it’s common knowledge that kids love video games (as do adults!) and placing a game laden with Budweiser branding in arcades that are crawling with children is generally frowned upon. The next year, Tapper was rechristened as Root Beer Tapper and featured nearly identical gameplay minus the Budweiser logos and with root beer as the beverage being served. Root Beer Tapper is the game that is more commonly recognized out of the two as it went on to receive various home console ports and has been included in numerous retro compilations. 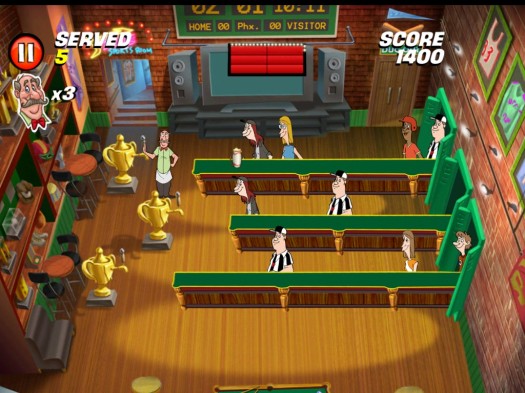 Recently, it was announced that Warner Bros. and developer Square One would be releasing a brand new version of the Tapper franchise for iOS called Tapper World Tour. Tapper World Tour will retain the same basic gameplay elements of the original Tapper and Root Beer Tapper but will have you working in bars around the world, and instead of just serving your average beer to patrons you’ll be serving drinks that are appropriate to the locale that you’re working. 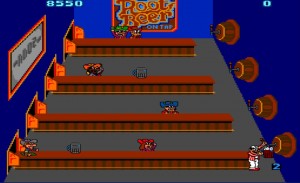 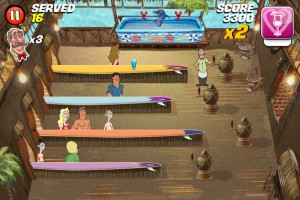 Perhaps the most exciting development from Tapper World Tour is that the game is being drawn and animated by the legendary Don Bluth, who has worked on countless classic animated films for studios such as Disney and Fox but is immediately recognized by gamers as the artist behind classic laserdisc arcade games Dragon’s Lair and Space Ace. You can check out Tapper World Tour in action in the first trailer for the game:

The developers aren’t getting any more specific about a release date beyond “within the coming months” but we do know they will have a playable build of Tapper World Tour at GDC which starts at the end of this month. We’re eager to get our hands on the game to see how the new version plays out on iOS. Personally, a touch screen seems like a perfect place to slide beers down a counter towards thirsty drinkers, but I have no idea if that is actually the mechanic used in the game. Make sure to check out the official Facebook page for Tapper World Tour and we’ll bring you more information on the game just as soon as we get it.