Just when I thought we were finished posting things about Valentines Day today, I get an email from FDG Entertainment regarding their newly released completely free Cover Orange Valentine’s Gift [iPhone / iPad]. FDG is following Chillingo’s lead with their not-quite-a-lite-version of Cut the Rope, Cut the Rope: Holiday Gift [iPhone / iPad] with a similar not-quite-a-lite-version of Cover Orange [99¢ / HD]. 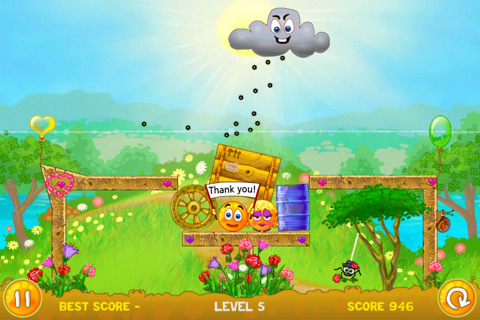 We liked the original Cover Orange quite a bit in our review, and if you missed the game while it was free a while ago, here’s your chance to give it a spin in this Valentines themed version of the game. As an aside, I wonder if we’re going to see similar enthusiasm from developers during all holidays this year. I secretly have my fingers crossed for an Angry Birds Mardi Gras update, because seriously, how rad would that be?