One game that we enjoyed quite that was released last month is Grim Joggers [99¢] from 10tons Ltd. It’s an endless running game that differentiates itself from the many, many other similar games out there by requiring you to take control of more than a dozen runners at the same time. This unique take on the formula is complemented with wonderful pixel art and music as well as a number of Game Center achievements and leaderboards to compete on. 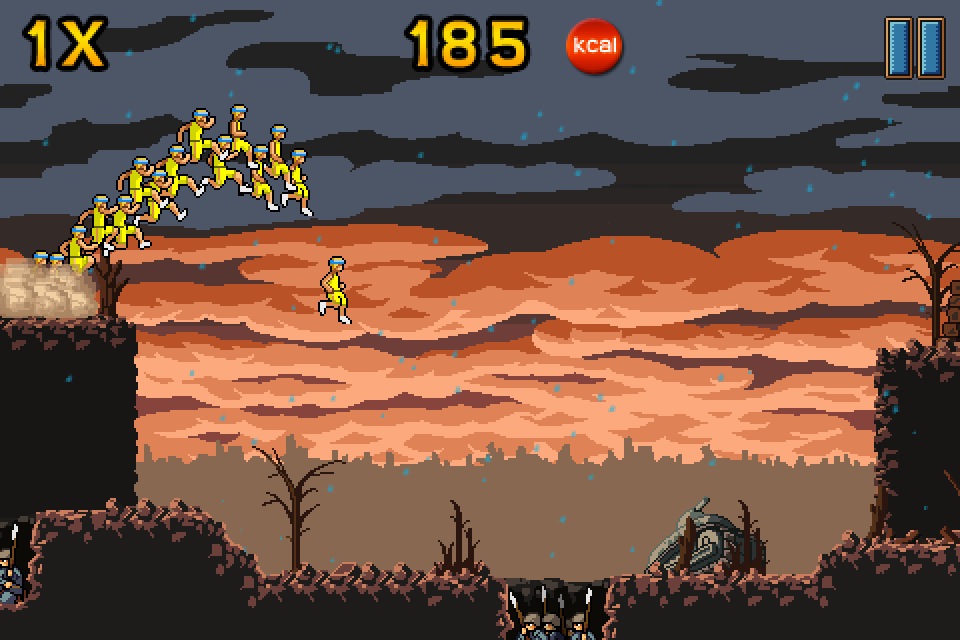 As we noted in our review, there was a blank space in the level select screen that hinted at an additional level to come in the future in addition to the 3 that were initially included. Today that level has become available in a free update to Grim Joggers.

The new level takes place on a battlefield under a twilight sky as you jog along avoiding soldiers with bayonets, land mines, missiles, and other hazards of war. There are also downed friendly soldiers that you will randomly come across during your run that can be rescued for bonus points. Finally there are six additional Game Center achievements to unlock that pertain to this new level. Interestingly there is now another blank area on the level select screen that hints that another new level is in the works, so we’ll definitely keep our eye out for that.

Grim Joggers is an easy recommendation if you enjoy the endless running games and are looking for one with a bit of variety. If 10tons keeps adding new levels to the game then it only stands to get better. Players in our forums are really enjoying this one as well, and if you already own Grim Joggers then mash away recklessly at your update button and check out the new Battlefield Bodybuilding level.