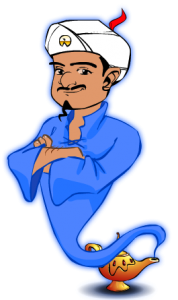 Alright, I suppose technically this is more of an entertainment app than a game, strictly speaking. This hasn’t stopped me from trying to stump it (and having a great time doing it) for the past hour. Akinator [$1.99] and Akinator HD [$1.99] ask you to think of a person or character, then asks you a number of questions. These questions can be answered by buttons for “yes" or “no", as well as “I don’t know," “probably," and “probably not" in case you’re not sure. The Akinator will start asking you incredibly vague questions such as whether your character is male or female, or whether they even really exists. A few questions in and it will start asking you more and more specific things, right down to the color of their hair.

The sheer amount of stuff the Akinator is capable of guessing is just incredible. It’s been able to come up with Mr. Pink from “Reservoir Dogs," Alex Trebek from “Jeopardy," Sebastian from “Little Mermaid," and George Washington. It even can do comic book characters: 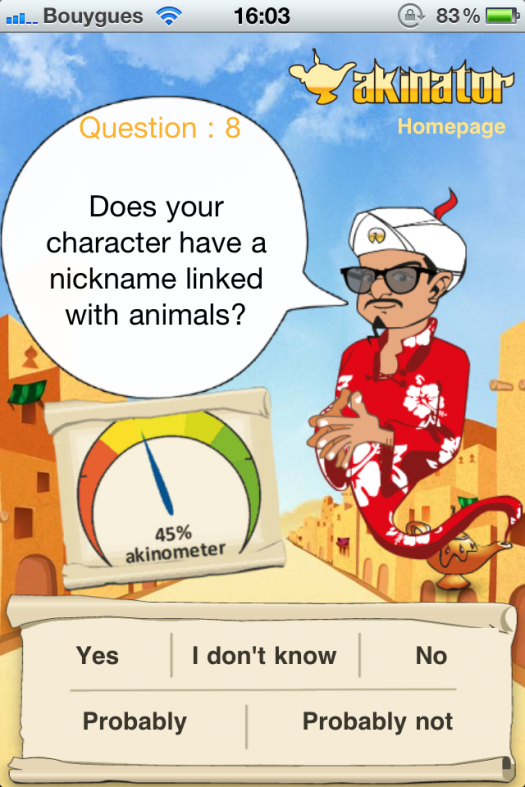 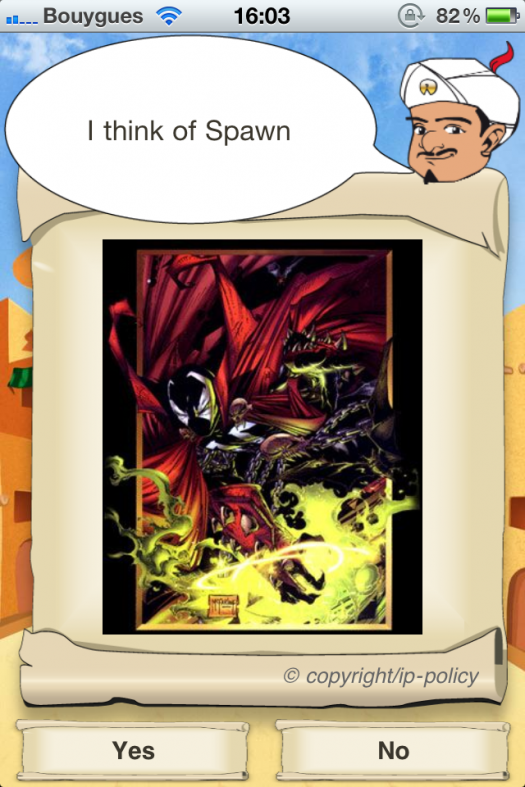 This is definitely a novelty app, especially considering you can play with the Akinator online for free, but as mentioned previously– I’ve been having a ton of fun with it. Also, answering the questions truthfully, I’ve yet to be able to think of something it doesn’t know. Something to keep in mind, the Akinator requires an internet connection… an unfortunate side effect of being able to guess every person ever.