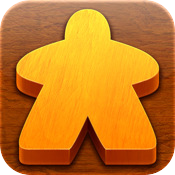 The long-awaited Universal update for Carcassonne [$4.99] is going to be submitted to Apple for approval on December 7, developer The Coding Monkeys has announced. And as the studio declared months ago, the price of the App will raise alongside with this release. With the onslaught of submissions, it’s hard to say when it will actually be approved, but we’ve got our fingers crossed we’ll see it before the holidays.

Currently, the game is setting at $4.99, a veritable steal considering the depth and quality of the German board game turned touch screen App, but soon it’ll be hiked to $9.99 on the US store. It almost goes without saying, but if you’ve been planning on making a purchase, grab it now it at its regular, non-Universal App price. Save some cash for some other games and Christmas gifts, eh? 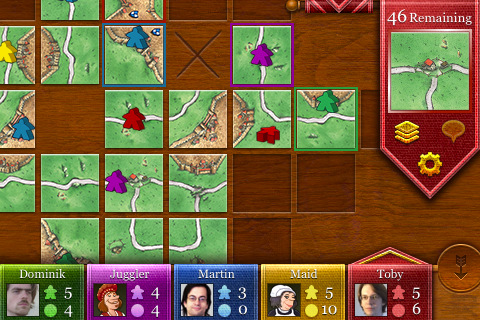 The Coding Monkeys has shown off the enhanced UI for the iPad version of the game before. Built from the ground up for the larger screen, Carcassonne on the iPad looks and sounds like a faithful port. We’ll give it a go both privately and with friends just to make sure, but the developer has yet to let us down, so there’s no reason to think it’ll stink up the place.

On a related note, following this release, the creators will now start to focus on updates and add-on packs for the game. Give us “Inns & Cathedrals," first please! Thanks!