Now this is a press release that I didn’t think I’d ever see, as both Sonic the Hedgehog 2 [$5.99] and Streets of Rage [$2.99] were just updated to support full multiplayer co-op modes via Bluetooth. To play, you’ll obviously need two devices, each equipped with Bluetooth and their own copy of the game. In Sonic, players will be able to play through the game together with one person controlling Sonic and the other controlling Tails. In Streets of Rage, players will fight together through the game as they purge the streets of bad guys. 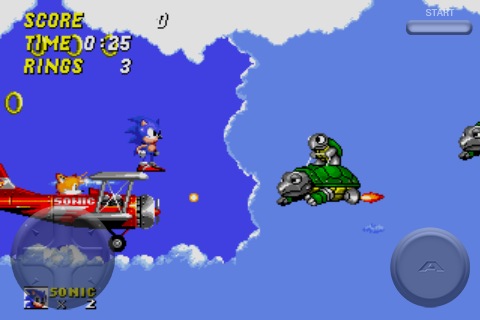 It’s incredibly cool to see both of these games updated, as it means that Sega has been working on improving their Genesis emulator, which as we’ve mentioned several times in the past leaves much to be desired. With Bluetooth multiplayer working, my imagination is running wild with two player games I’d love to see Sega bring to the App Store. If you own either Sonic 2 or Streets of Rage and know a friend who does too, snatch up these updates as soon as possible.