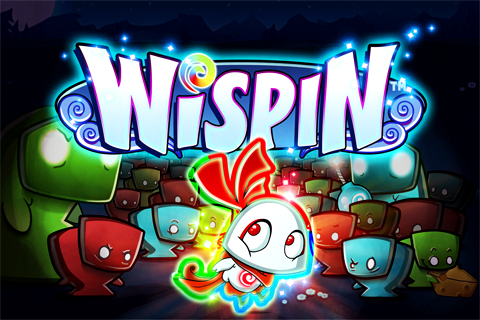 There are literally dozens of dual-stick arena shooters available on the App Store, and with this in mind developer Grumpyface Studios decided to put an interesting new twist on the formula with their inaugural game Wispin. In Wispin, you’ll take on endless waves of enemies, only rather than mindlessly blasting them away with loads of ammunition a strategic use of color serves as your weapon. It’s a novel idea that works quite well for this type of game, and is complemented by a wonderfully cute art style and excellent production values. Grumpyface recently sent me a near-final build of Wispin, and I was really impressed by how much I enjoyed the unique brand of action in the game.

The character movement in Wispin is controlled by tilt or with a virtual stick in the lower left corner. Where the right stick would normally be in a typical dual-stick shooter there is instead a color wheel with red, blue, and green buttons. The enemies, called Bloopers, come in various sizes and one of these same three colors. Pressing a color on the wheel will change your character to that color, and if it matches that of an enemy you merely run into it to attack it. In addition to this melee style attack, there are also bombs and arrows to use against the Bloopers, which they can use against you as well. A few different special items are also available to aid you, like a hunk of cheese that will cause one particular color of enemy to be drawn to where you place it or a rainbow colored bomb that will blow up enemies of any color within its blast radius. 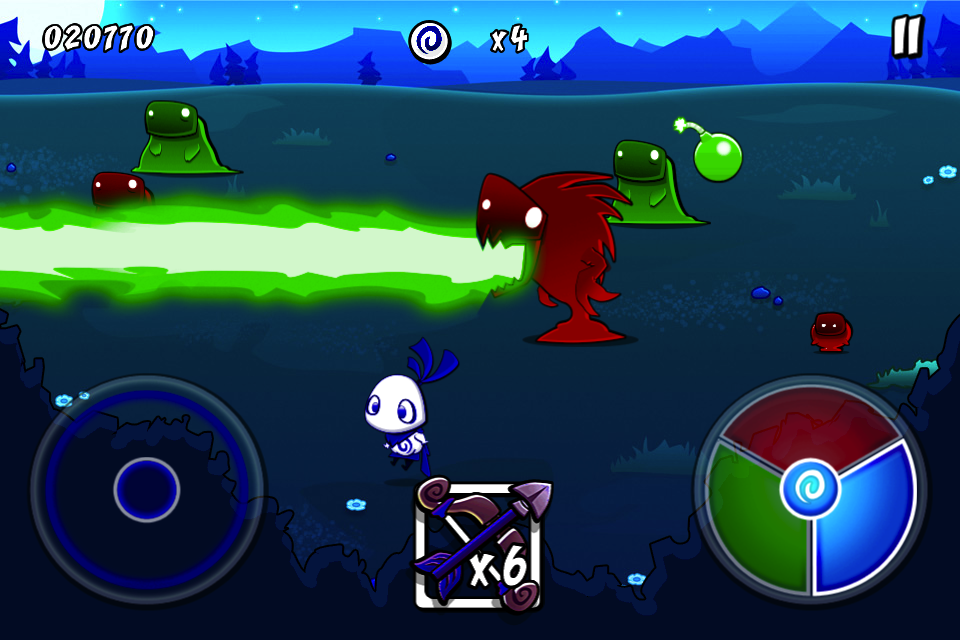 The concept of Wispin sounds kind of weird on paper, but it’s actually a total blast to play. The action gets frantic as more and more enemies enter the fray, and having to negotiate enemies while worrying about changing your color constantly pulls your brain in two different directions (in a good way). Another aspect to keep in mind is that you are invulnerable to enemy attacks of your same color. So if you find yourself suddenly standing next to a big red bomb that’s about to blow, quickly turning yourself red will save you from the blast. All of these different game elements come together beautifully in Wispin, creating a gameplay experience that requires fast reactions and a strategic eye. 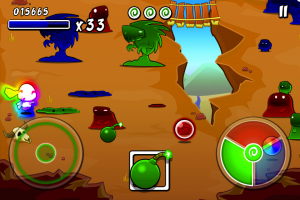 On top of the core gameplay in Wispin is a nice multiplier system. With every enemy you kill, a meter in the upper left instantly fills and starts to rapidly decrease. Every enemy that you take out before the meter empties adds to a combo multiplier. Getting a combo of three same color enemies in a row gives your character a temporary speed boost, and if you can get the multiplier up to 20 you’ll enter into a frenzy where you fly around the screen taking out enemies of every color. The multiplier system adds a risk/reward element to the game, as you can try to play fast and loose going for huge scores by getting kills in rapid succession, but this also increases the chance that you’ll make a harmful mistake. Game Center leaderboards are used to keep track of a number of different kinds of high scores in the game.

Barring any unforeseen problems, Wispin should be released in the App Store this Thursday. It will come with two different maps to play on with plans to add more maps, enemies, items, and modes in future updates. In addition to the Standard Mode of play that pits you against increasingly difficult waves of enemies, a Super Intense Mode can be unlocked that brings a constant stream of enemies gunning towards you. Since the Standard Mode starts off pretty slow and each game can last for a while, the Super Intense Mode is perfect if you want to just jump right into some action. More information including some funny character bios of the enemies can be found in the thread in our forums. In an overly saturated genre of dual-stick shooters, Wispin does something decidedly different from the norm, and ends up being a whole lot of fun because of it. We’ll take another look at Wispin when it releases hopefully later this week.