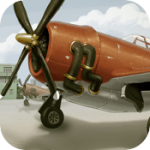 New from the developer who brought us Canabalt [$2.99] and Gravity Hook HD [$2.99] comes SteamBirds [99¢/HD], an iOS port of the Flash game of the same name. Like Semi Secret‘s other games, SteamBirds takes an incredibly simple game mechanic and marries it with high quality presentation. At its core, SteamBirds is a turn-based strategy game featuring dogfighting aircraft from a top-down perspective. In an alternate history where a scientist accidentally discovers cold fusion in the mid-19th century, this new technology is used to create high-velocity steam-powered weapons on airplanes. These planes are then deployed into combat to complete the 21 missions in SteamBirds.

Controlling your fleet of planes in SteamBirds is simple, and a nice tutorial during the first few levels explains all of the ins and outs. A small line sticks out from the front of your aircraft which represents the distance that each plane can travel per turn. Touching and dragging the arrow at the end of this line changes the direction of your plane’s flight path. The enemy aircraft will travel around each level, and the strategy lies in deciding the best course for each of the planes in your fleet in order to intercept and destroy the enemy while taking as little damage as possible. In addition to the regular flight path, you can choose to use one with a longer distance or defensive properties as special moves with limited use in between turns. 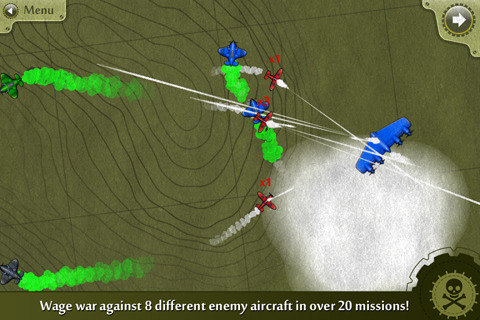 The gameplay in SteamBirds works really well, and although it looks and sounds overly simplistic there is actually a ton of strategy needed to complete each level. The game starts of fairly easy, but quickly ramps up to dogfights with many planes to manage onscreen at once. There is also a star rating system for every level based on how much damage you take during battle, and it will take some serious skill to get 4 stars for every level. Also, since it is available on both iPhone and iPad there is the ability to transfer your progress from one device to the next if you ever feel the need to do so. 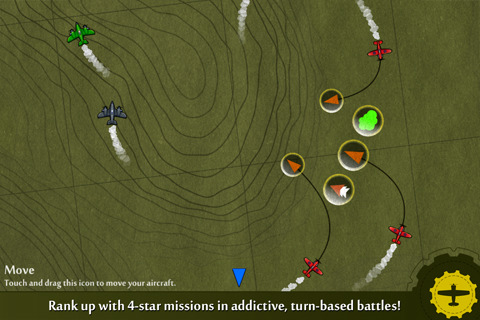 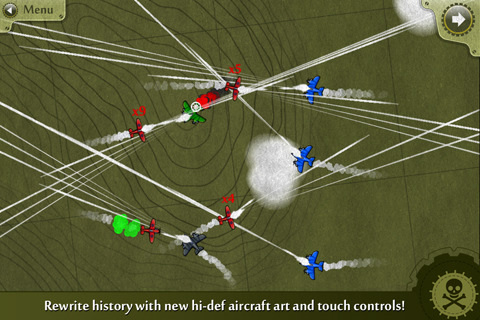 I’ve been having a ton of fun with SteamBirds so far, and the impressions in our forums have been really positive as well. At the very least I would suggest trying out the free Flash version of SteamBirds, as it’s nearly identical to the iOS version gameplay-wise and gives you a great idea of what to expect.