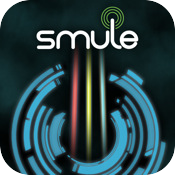 Ever wanted to dive into an interactive instrument game featuring the fiddle and an eight-chapter campaign? No? You might want to check yourself. Smule, the studio behind Magic Piano [$.99], Ocarina [$.99], and Glee Karaoke [$.99] have released such a game for the iPad. It’s call Magic Fiddle [$2.99], and if the video below doesn’t convince you that it’s not as boring as it sounds, well, you’ve got a cold, shriveled, and straight-nasty heart.

Smule is no slouch, by the way. Its games are mad popular among enthusiasts and common folk alike and their smooth-looking apps are commonly put on Apple Store devices as a way to show off what an iPad or iPhone can do.

Of course, Magic Fiddle is more than a convenient way to play the Super Mario Bros. theme song on an iPad. The game has 20 songs in its “Songbook," which features other video game themes, as well as classical junk like Ave Maria. The game also has leaderboards support and a neat social twist: you can, according to a press release, broadcast your mad fiddle work via the “Smule Globe" and let friends and family know who wears the fiddle pants.

Here are a couple other videos Smule has released this afternoon in which famous people act famous and play the fiddle on an iPad. The first video features the St. Lawrence String Quartet, while the other stars Paul Dateh:

Magic Fiddle is available now for $2.99. At the moment, Smule is saying this is an iPad only, so no iPhone owners need apply. Sorry, folks; it’s an exclusive thing, our little fiddle club.